Denton's newest landscapers are eating their way through a park, with donkeys providing security 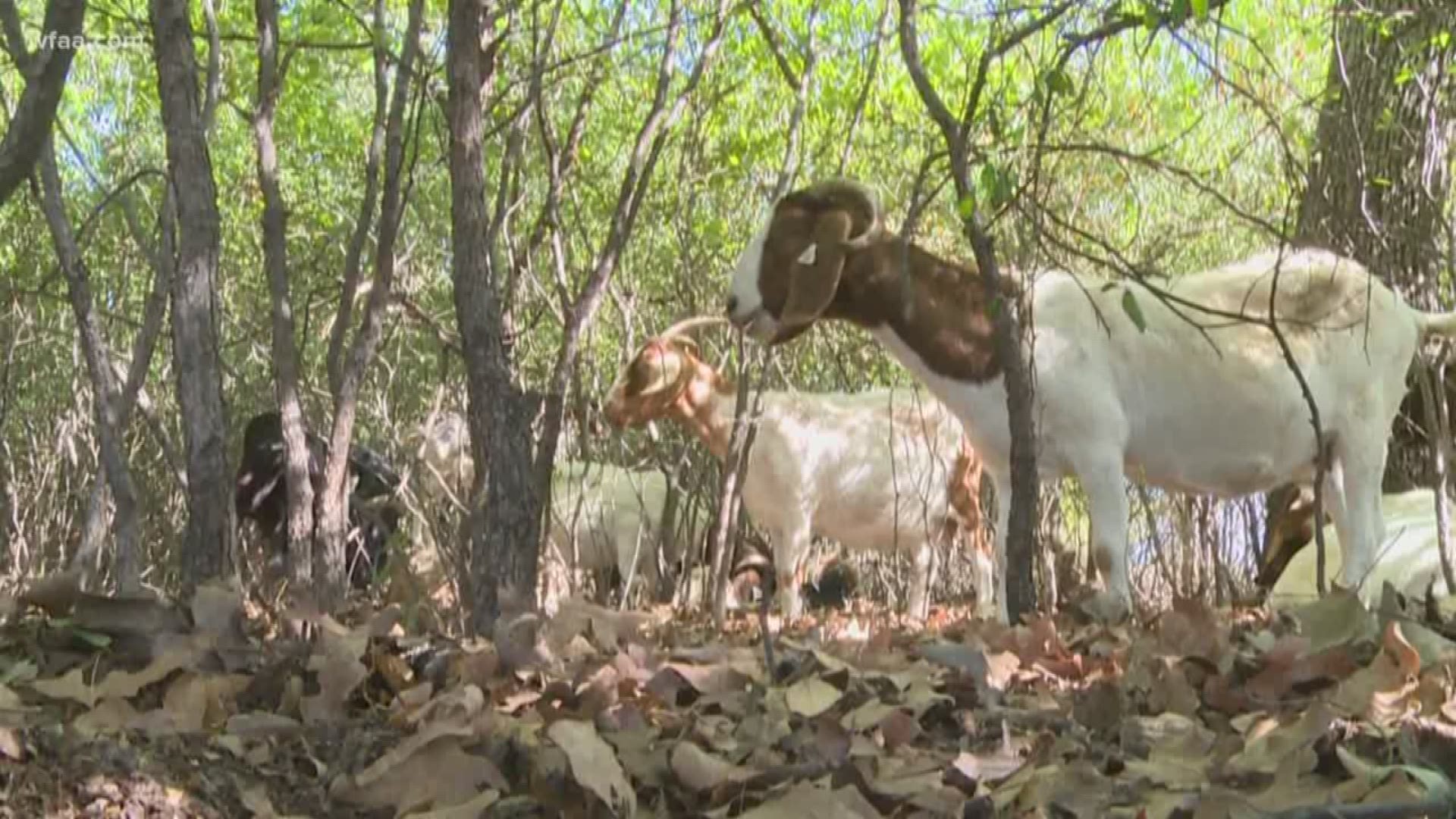 DENTON, Texas — Lake Forest Park in Denton has a problem: what does it do with all the unwelcomed plants invading the park?

Superintendent of parks and recreation Drew Huffman says the biggest problem is Chinese privet, and it’s taking over everything.

It’s not harmful to people, but it’s killing the trees.

“It prevents them from growing at all,” Huffman said

The issue is how to get rid of it. The city strives to be environmentally friendly  and would rather not use machinery to dig it up.

So, they hired an unusual team of landscapers, who incredibly, found a way to eradicate the problem.

How? By eating it.

That’s right, the newest landscapers for the city of Denton are goats. Twelve goats to be exact.

They come from Oba farms in Greenville. Brian Taylor is the farm manager.

“They have an opportunity to eat what you see here,” said Taylor, pointing to overgrowth in the area.

When the goats arrived, the Chinese privet was so invasive not even sunlight could sneak through.

But, after just a few days, they’ve not only eaten most of the privet — they’ve devoured every ounce of poison ivy.

“They love it,” Taylor said. “This is top choice food for them.”

To make sure the goats themselves don’t get eaten, they’ve brought protection: donkeys.

This all-a-goat-can-eat buffet is scheduled to last a couple more weeks, but they’ve been so efficient they may not even need that long.

“They’re doing a great job of removing exactly what we want them to remove,” Huffman said.

No sick days and no problem getting the job done?

That might just make these landscapers the greatest of all time.

Grapevine Public Library is one of a kind: First sensory-inclusive certified library in Texas

Fort Worth mom runs into the Guinness Book of World Records