"I just had to have this box," Ed Hennessy said, knowing there's a family out there who is missing a piece of their history. 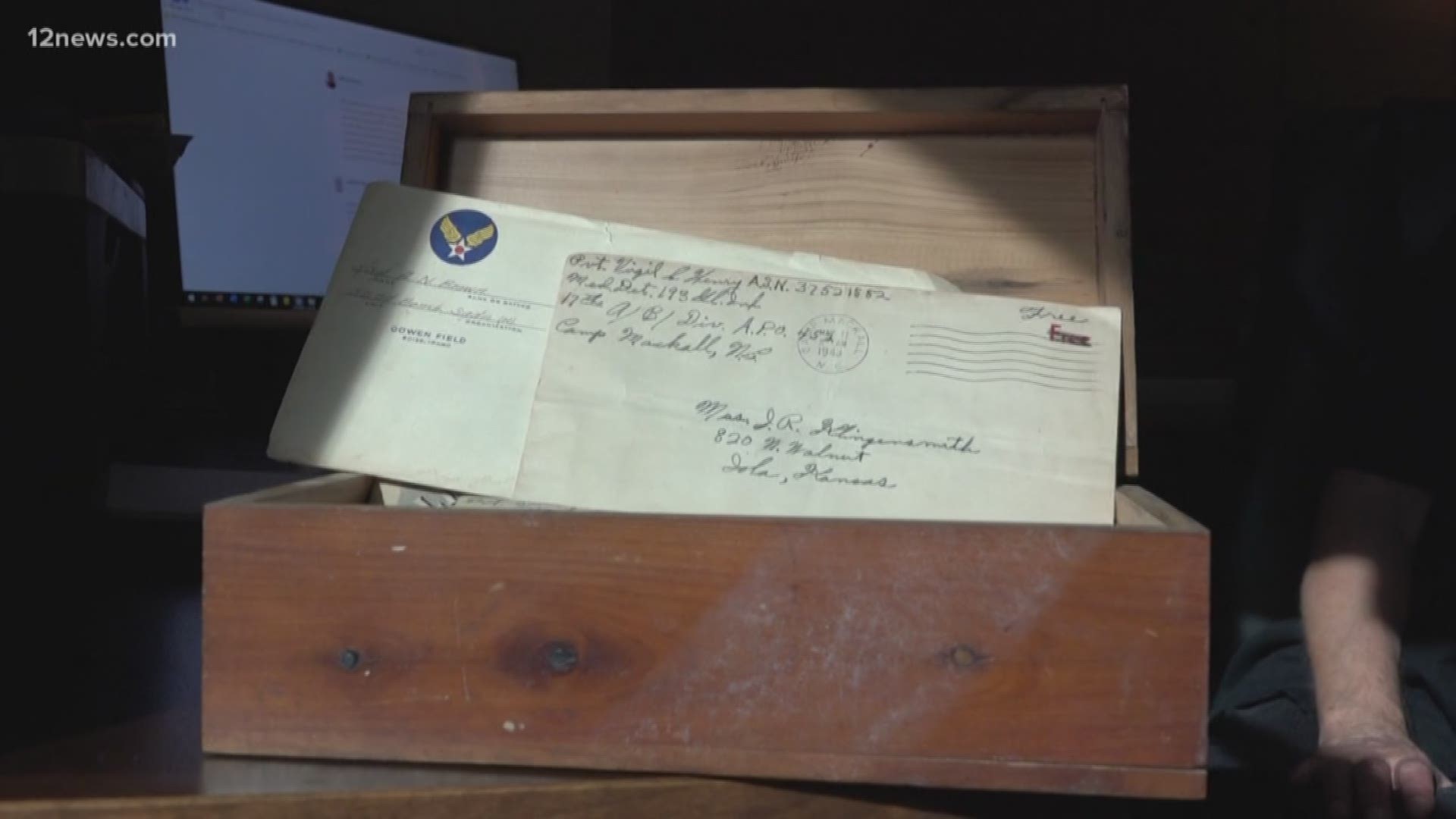 GILBERT, Ariz. - There's an old, small, dusty, and rather inconspicuous box sitting in Edward Hennessy's office. To most people, the rectangular receptacle wouldn't be worth more than the wood it's made out of, but Hennessy knew better.

"I just had to have this box," he chuckled when remembering the time he first saw it at an antique store.

The box is filled with a bunch of old stamps and letters. One of the messages dates all the way back to March 1913—a letter from a father to his daughter he hadn't seen in years.

The letters that caught Hennessy's attention, however, were written by Pvt. Virgil Henry during WWII.

Henry was stationed in North Carolina before being shipped overseas, where he would eventually lose his life in battle. These letters, in this box, might be the last communication he ever had with his family back home.

"Virgil has family descendants, family somewhere that this is precious to," Hennessy said.

Fortunately, his instincts were spot on, and after significant research, Hennessy found Henry's closest living relatives in Kansas.

"They were just ecstatic. As she told me, 'We have a hero in the family. We didn't know we had anybody who served in WWII,'" this relative told Hennessy.

Even more helpful, the family is now able to fill in an entire branch of their family tree they were never able to piece together. This new information is also helping them learn that Henry is buried in Kansas, and now they have a place to go remember his life and service.

None of this would be possible without a curious man in Arizona who felt a calling to help honor a man he never met but highly respects. "It's necessary. It's the right thing to do," Hennessy said.