Kurt Warner and Homes for the Holidays transforms home for single mother, 2 children

The annual program, through the First Things First Foundation, gifts families who have purchased a home through Habitat For Humanity with furniture and food. 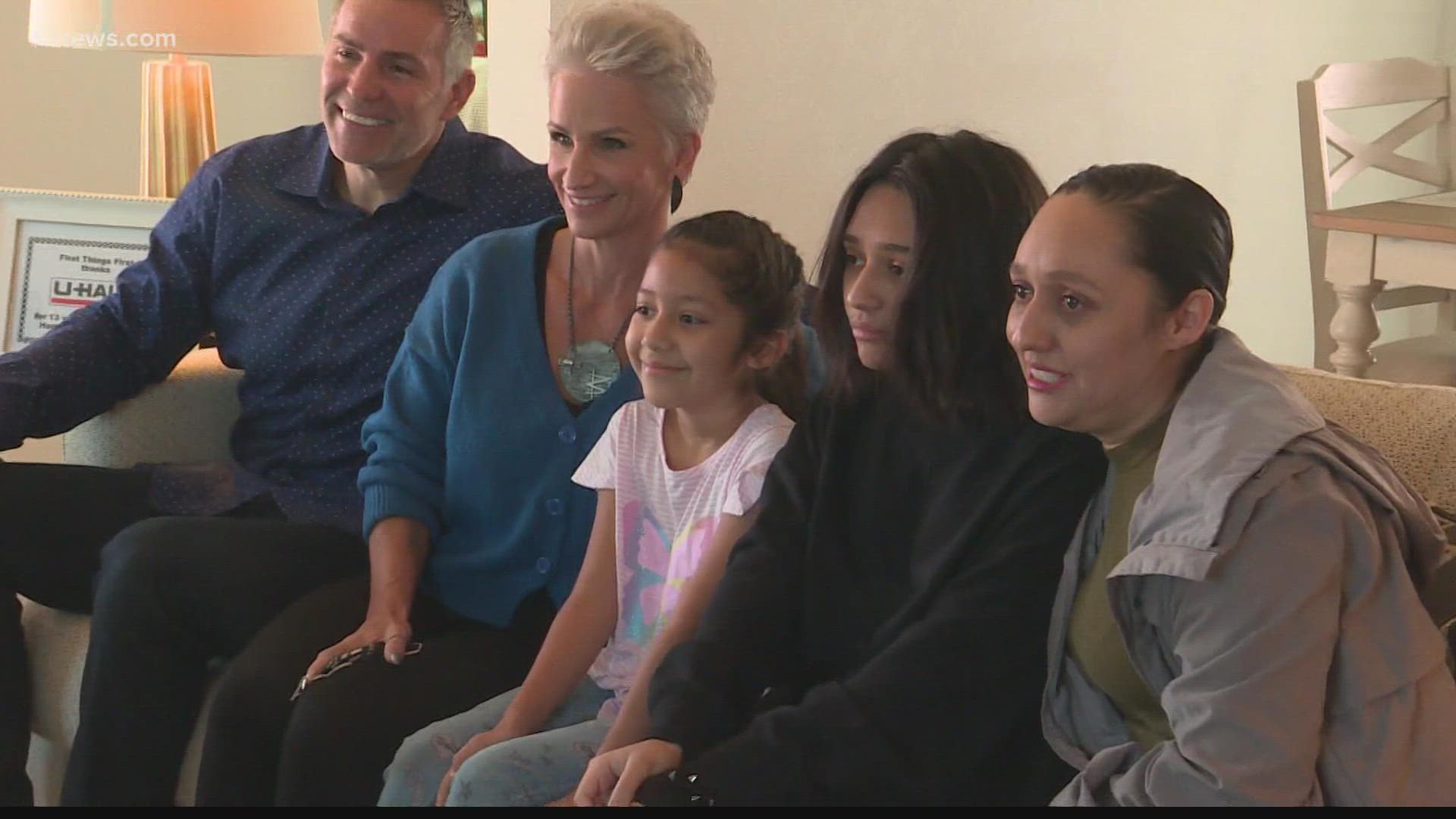 PHOENIX — In its 19th year, Kurt and Brenda Warner’s Homes for the Holidays organization take the houses first-time homeowners have built with Habitat for Humanity and transforms them into homes.

The annual program, through the First Things First Foundation, gifts families who have purchased a home through Habitat For Humanity with furniture and food to help give those families a new start in their lives.

“I mean, it’s just an amazing thing to be able to be a part of it,” said Kurt Warner, the Hall of Fame quarterback and co-founder of First Things First Foundation. “Thinking back to when we were here and the people that helped us along the way, it’s nice to be able to be the ones to help another family.”

As is well documented, the Warners had a modest start in their lives.

Brenda Warner was a single mom when she met Kurt and together the couple faced challenges and tragedies together before Kurt’s Hall of Fame career with the St. Louis Rams and Arizona Cardinals football teams.

In 2008, Mariam (who asked to have her last name withheld) moved to the United States from Mexico to start a new life with her then-one-year-old daughter.

Since then, life has not been easy, but Mariam has persevered. She now has two daughters and works in the client services department of a health insurance company.

Mariam was accepted into the Habitat for Humanity’s program, where recipients are required to put in 250-500 hours of “sweat equity” into the building of their new home.

Typically, the homes are unfurnished when the homeowners move in. Homes for the Holidays partners with local companies such as Aaron’s, Brooklyn Bedding, U-Haul, and Sprouts to provide necessities.

Kurt and Brenda Warner spoke Thursday at an unveiling event for Mariam and her daughters, who had no idea that Homes for the Holidays were working to help them out.

“This is our 55th home and it still brings tears to his [Kurt’s] eyes, so that means something to me because it still touches him.” Brenda Warner said.

The three-bedroom, two-bathroom house is a far cry from the small apartment Mariam and her children shared.

“We have a home now,” said Mariam. “We lived in a tiny apartment and we used to share our bed and now everyone is going to have their own space and I’m very grateful for this house and everything.”

Her 8-year-old daughter, Emma, carried her new plush unicorn stuffed animal around the house as the Warners gave the family a tour of their new home. Brenda took time with each of the family members to show off their new rooms.

“When I met Kurt, I was a single mom of two kids,” Brenda told the family. “So, for me, a full-circle moment to be able to hand the key to you is a blessing that I will remember.”

Explore amAZing people, places and things across our state.