In an effort to raise awareness about cardiac disease in firefighters, Phoenix-area firefighters are participating in National Safety Stand Down Awareness Week. 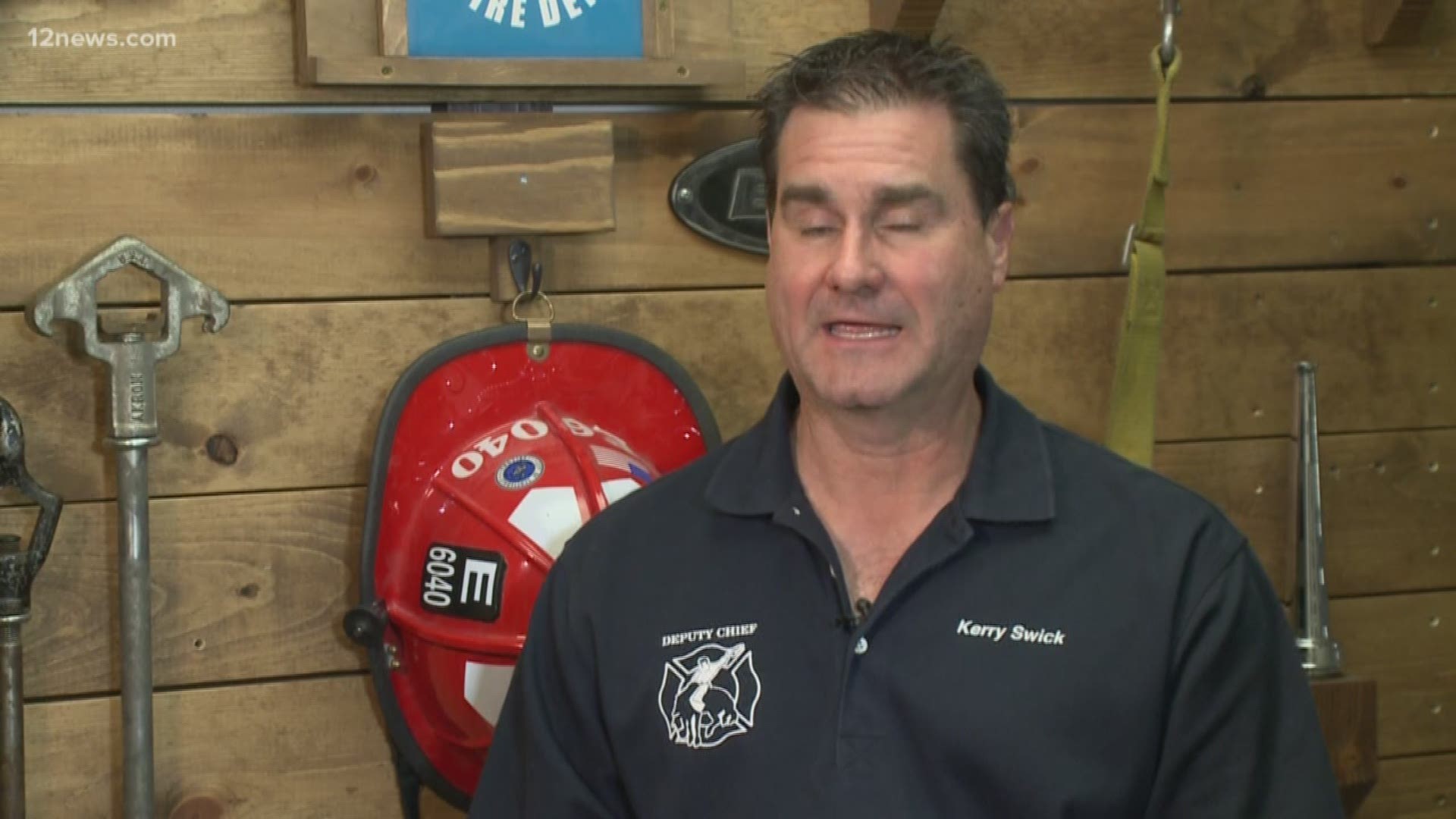 PHOENIX — In an effort to raise awareness about cardiac disease in first responders, Phoenix-area firefighters are participating in National Safety Stand Down Awareness Week, which began Sunday.

Eric Vallier of the Scottsdale Fire Department said firefighters are 300 times more likely to get heart disease than the average person.

He added firefighters are also more susceptible to contracting cancer due to the carcinogens in home furnishings they deal with while fighting fires.

“Those burn hotter, faster, and produce a lot more carcinogens,” he said.  “There is a direct correlation between the fire service and cancer.”

Kerry Swick, the assistant chief of the Scottsdale Fire Department, had a heart attack in March 2018.  He said early detection made him aware of the risk.

Scottsdale Fire Department partners with Heartfit for Duty, a local company that uses a variety of tests and algorithms to monitor the health of firefighters.

Kepra Jack, a former ER nurse, started the company in 2011.

“Our job is to help identify any early risks for cardiovascular disease in firefighters,” she said.

She said the most important thing when looking at heart disease in our heroes is to get regular testing.