Tapping for trouble? 5 apps you should look for on your kids' phones

These apps can put your children unwittingly in touch with predators. 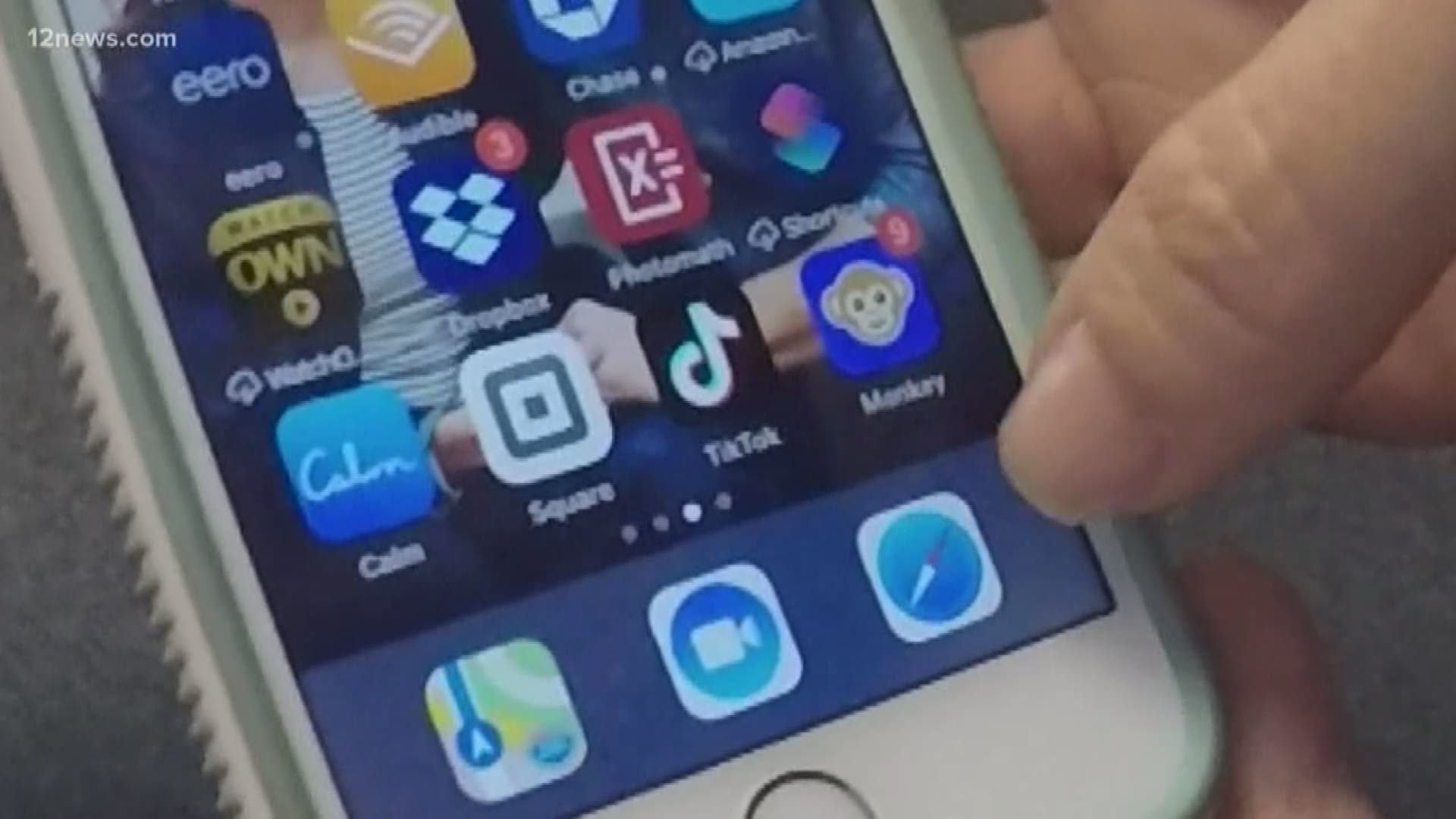 PHOENIX — There are hundreds of thousands of apps out there for phones and tablets. They help us communicate, distract ourselves or be silly. But a lot of those apps are taking our private information.

And your kids could be giving a lot of their information away if they're playing with some of them. Much of that will be unwitting. But still valuable for someone looking to groom or prey on children.

"[You can see] their home, what it looks like, their school logo maybe on their clothing, they give all sorts of personal information about their age," says Katey McPherson, a youth prevention advocate and am other of four. "You can see their body, you can see what they're wearing, you know their habits, their likes and dislikes."

She says there are five apps parents need to know about.

The first app is one of we've talked about before: Tik Tok, the popular mashup between lipsyncing and short skits. The app has more than a billion users -- but it can be a dangerous place.

"There are a ton of racial slurs, and lingo that kids don't even know they're saying," McPherson says. And the users performing on Tik Tok do not always dress subtly.

"You can see what she's wearing is exposing body parts," McPherson says.

RELATED: 15 more apps parents should look out for on their kids' phones

The next app is called Omegle -- and kids get to it through other apps like Snapchat or Instagram.

"This one is probably the most dangerous because you can say you're 18 years old when you're 55 and you basically get on and hit a button and it spins through a chat roulette, and anybody you want to meet comes up," McPherson says. "So any random stranger can be clothed or not clothed."

Another random stranger chat app is called Monkey. And it's an app where people also misrepresent their age.

"So most people are saying they're 18 but they're 13," McPherson says. "And most people on the other end are actually 18 and above."

RELATED: Here's what parents should be doing to keep their children safe online

The third app is called Best Secret Folder -- and it's a vault app. It's designed to hide what users don't want found -- often embarrassing photos or videos.

"Many students house nude photos, vape photos, drug photos, any part of their body that they're sending to people they don't want parents to know about," McPherson says.

And then there's Plenty of Fish -- a dating website for people 18 and older.

"People lie all the time about what their profession is, what they look like, people get to the date, it's not the person," McPherson says.