After posting about it on social media, Kardashian tweeted at him 'Can I get a copy?' Now she and everyone else will have the chance 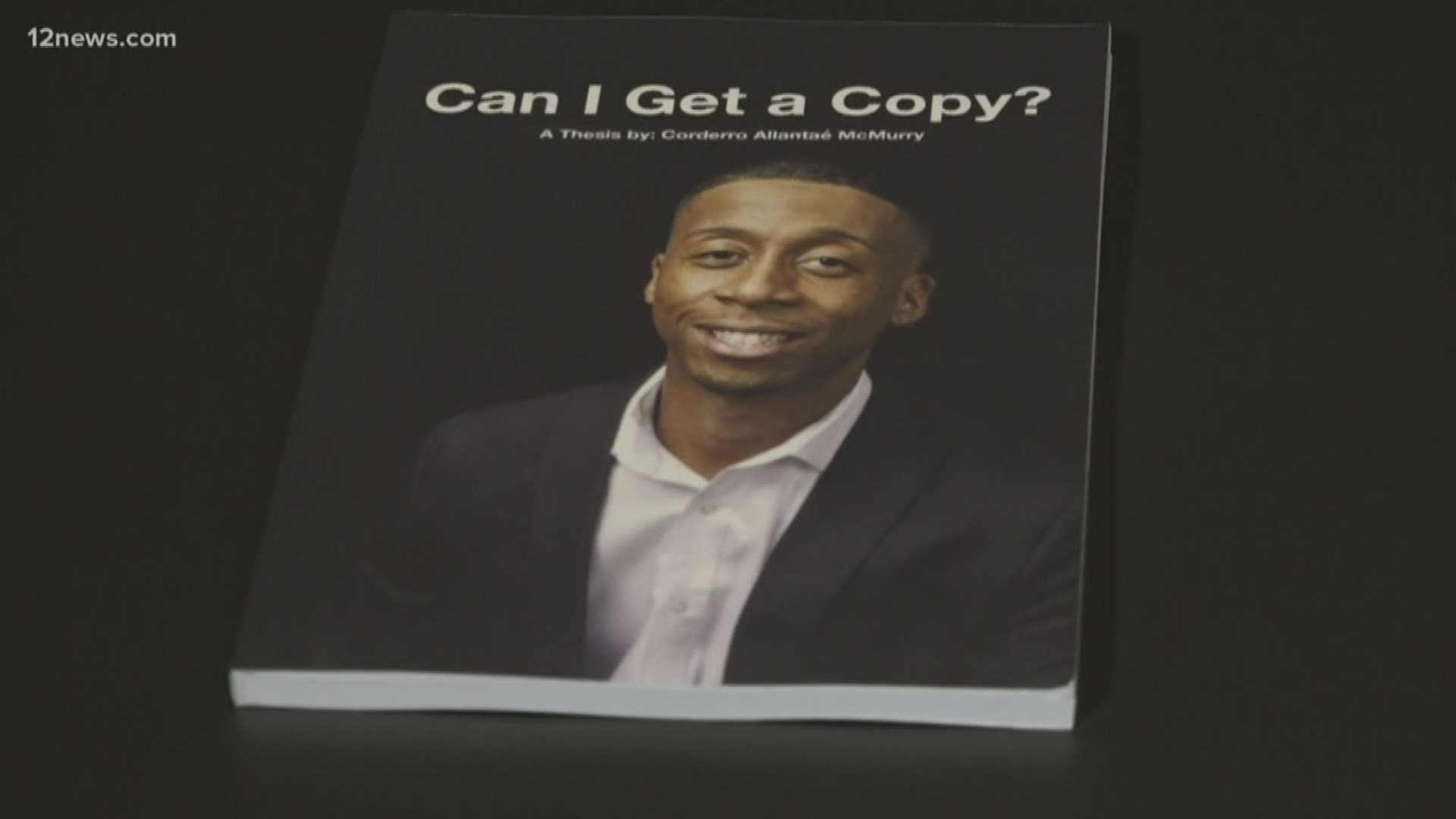 PHOENIX — Corderro McMurry. Does that name ring a bell?

You might remember him as the NAU student who caught the attention of Kim Kardashian after writing his Master's thesis about her After posting about it on social media, she tweeted at him, 'Can I get a copy?' Now, she and everyone else will have their chance.

Instead of just keeping up with the Kardashians, McMurry took all the momentum from the viral encounter and turned his master's thesis into a book.

This all started back in 2016 when it dawned on McMurry that the presidential race was getting the same level of coverage as Kim Kardashian getting robbed in Paris.

"Being on social media, I noticed a lot of people saying, 'Who cares about this? This isn’t news. Why are we reporting on this?'" he explains.

McMurry delved into that very thought for his NAU master's thesis. He passed the program and graduated, but he's always looking for more.

His book is available on Amazon, and he has plans to also make an audio version. On Saturday morning, he had his first book signing at the Barnes and Noble in Chandler.

He's also in the process of getting his Ph.D. while pursuing his passion to be an entertainment reporter.

"It was this crazy viral sensation all from just a simple tweet."

But he's not letting his own celeb status get to his head. He says part of his book proceeds will be going to a new foundation he's starting to help middle school students in Maryvale, where he grew up.

"It’s crazy," he said. "But it’s an awesome feeling to know what you’ve done is really impactful."

RELATED:
- Most memorable red carpet looks from the past year
- Inmate freed with help by Kim Kardashian gets book deal
- How safe are your social media posts?