Flames were everywhere during the filming of Only the Brave. So we thought we'd put more heat on the cast by asking them to reveal the bravest thing THEY'VE ever done.New movie pays homage to Granite Mountain Hotshots. 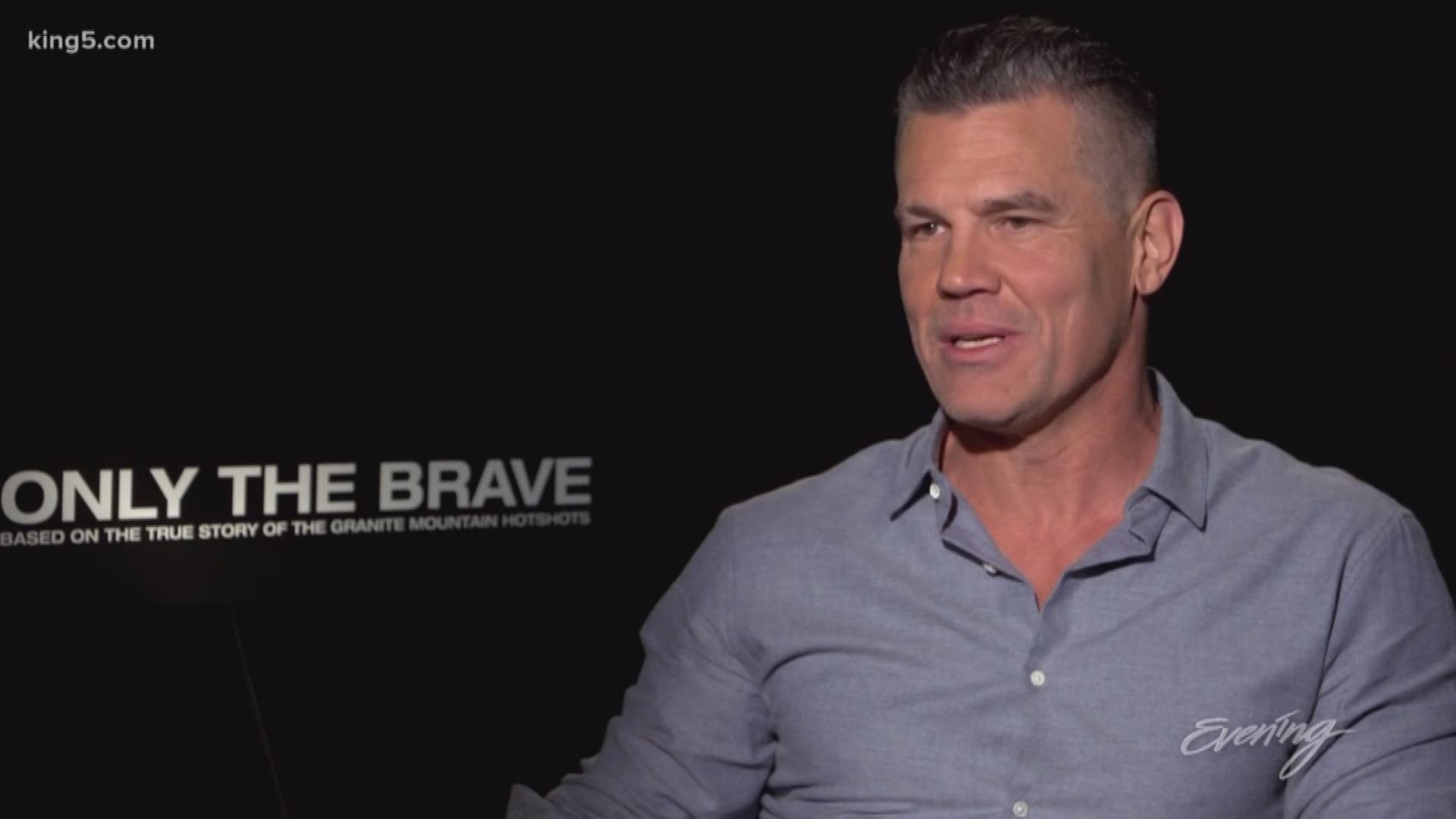 Josh Brolin plays the leader of the Granite Mountain Hotshots. He didn't hesitate when asked his bravest moment.

"Having kids as young as I had them. It shoulda been a disaster but it wasn't," he says.

He was 20 when he had his first child.

Taylor Kitsch is a firefighter in the movie. He goes way back for his brave moment.

"I remember being super young and like 125 pounds and trying to fight my oldest brother. He must've been like 17 and I'm 10 deciding to stand up to him. I literally ended up in a laundry basket with him sitting on top," Taylor says.

Miles Teller's character turns his life around in the film. In real life Miles may have saved the life of a young mom in Miami.

"And I was in the ocean and this woman swims up to me and she's very scared. She goes, 'Don't freak out, a big shark just swam right by me.' And I'm just like holding this woman's hand, bringin' her to the beach.And she was pregnant. She had this baby. And the woman's like, who are you? And I wish I had a better line. I think I just said Miles."

Evening is your guide to Seattle and the Pacific Northwest. Watch it weeknights at 7:30 on KING 5 TV or streaming live on KING5.com. Connect with Evening via Facebook, Twitter, Instagram, or email eveningtips@king5.com.