The new law prevents local governments from restricting a type of fuel source. 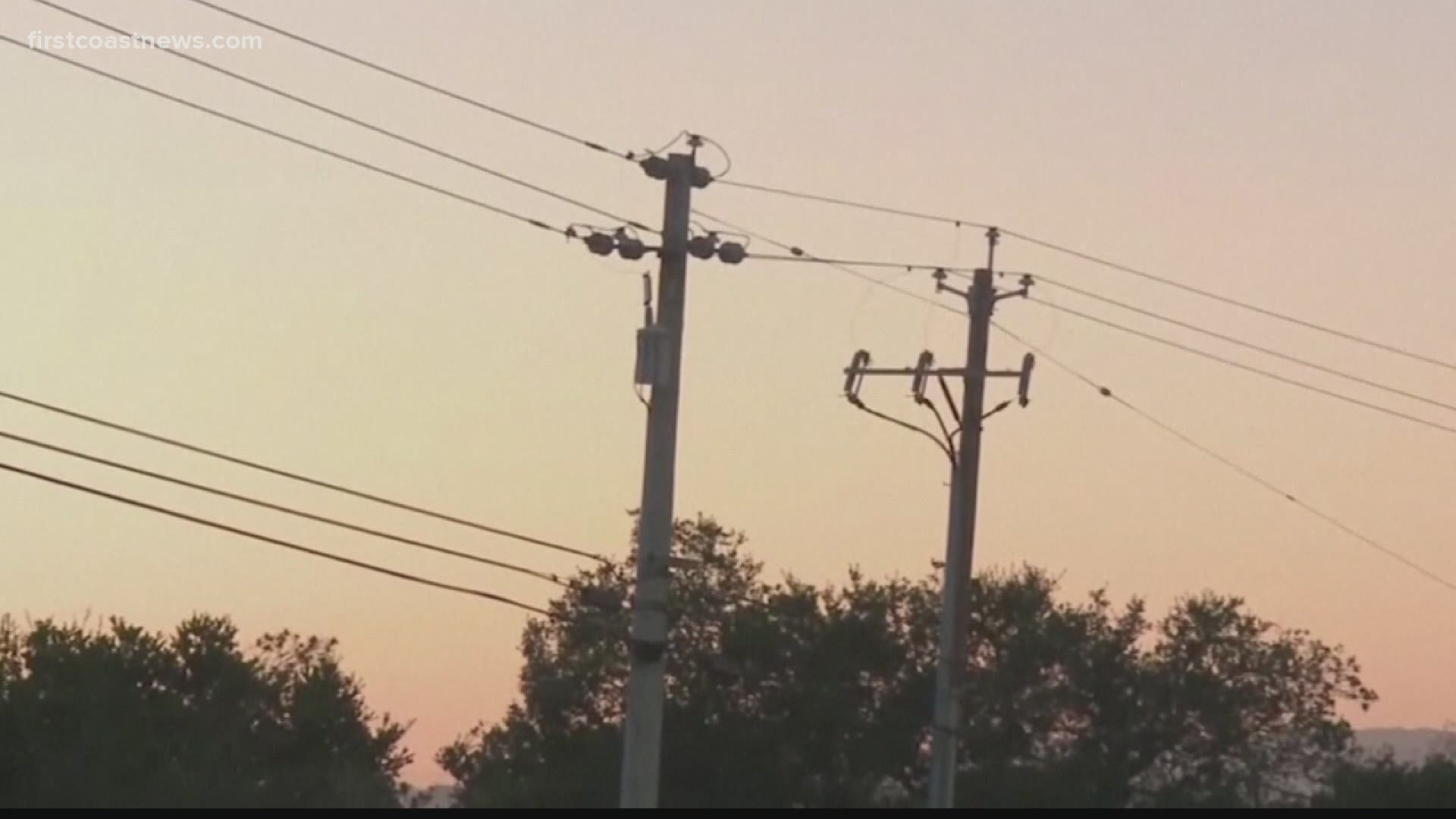 JACKSONVILLE, Fla — Does all the rain have you thinking about power outages?

Governor Ron DeSantis just signed a bill that supporters hope will mean a more stable power grid in Florida; however, opponents say it would lead to the opposite.

"Floridians will endure severe consequences if a natural gas ban is implemented," said House Bill 919 sponsor Florida Representative Josie Tomkow in a hearing on the bill.

Around a dozen Florida cities have committed to transitioning to 100 percent clean energy in the next few decades. It's something Florida Rising climate justice organizer Leigh Ann Gustavus says now probably won't happen because of the new law.

"It will be impossible," Gustavus said.

That's even though Tomkow says clean energy efforts will stay in place.

"This bill does nothing to prevent municipalities from implementing or supporting those clean energy initiatives," Tomkow said.

Along with contributing to the climate crisis, Gustavus predicts an immediate impact.

"It will affect a local government's ability to make decisions on how businesses and homes are powered and that will directly disaffect low income and minority communities that are in major need of an energy infrastructure upgrade," she said.

Much of the discussion goes to what happened in Texas this year when winter storms knocked out their power grid. Supporters of the law say it's needed to keep something like that from happening in Florida. Opponents say it will do the opposite.

Florida is in the top five states most reliant on natural gas, according to the U.S. Energy Information Administration. Their data shows Florida is the second-largest electricity producer after Texas with nearly 75 percent of Florida's electricity coming from natural gas.

Supporters of the new law believe natural gas must be protected.

"We are protecting all energy sources," said Tomkow. "So we do not experience a situation where we're having blackouts in our constituencies and across the state of Florida. We need a reliable energy source because we go through severe weather storms constantly."

Opponents of the law say Florida must become less reliant on natural gas.

"An unchecked extraction of resources," said Gustavus. "So when you allow that to go on for so long, we get to a point in our climate crisis, the point of no return where we cannot fix it. And we've been there for a long time."