Is the ghost of Jack the Ripper haunting Lake Havasu?

The London Bridge in Lake Havasu is full of history … and ghosts, according to one expert. 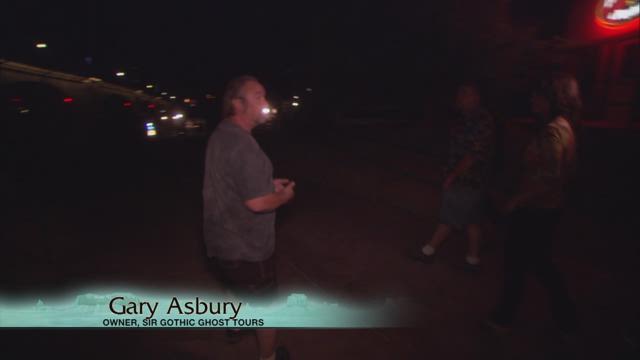 The London Bridge in Lake Havasu is full of history … and ghosts, according to one expert.

Asbury knows a lot about the London Bridge.

“The Romans actually built the first bridge that was ever across the River Thames,” he said.

Asbury said the bridge “is one of the best conductors and storers of electromagnetic energy that we have on the planet.”

Why does he think this? One word: Ghosts.

“Well it brought a lot of ghosts with it, and it does have a lot of residual energy,” he said.

The bridge certainly has a history of ghost stories -- under those very arches in the bridge, London struggled to battle the black plague.

“They had a ferry, and the ferry would moonlight at night, and they would stack the corpses on there just like firewood,” Asbury said. “And that's how the River Thames actually got its nickname -- the black river of death.”

But Asbury is not the only one claiming ghosts are on the bridge. While walking up the steps on side of the London Bridge, some tourists have reportedly seen a British couple dressed in early-century clothing.

“People have seen them so clearly that they've actually walked up to them and asked them for directions,” Asbury said.

And the lamp posts seen along the bridge? Those are made from scrap metal from the Battle of Waterloo.

“Each and every lamp post here is made out of one canon barrel from Napoleon's warships,” Asbury said. “These lamp posts have killed a lot of people.”

But the most disturbing haunting of London Bridge stems back to 1888, to the infamous Jack the Ripper.

“He killed all the girls in 1888, within one mile of the bridge in White Chapel,” Asbury said.

Newspaper articles recount seven murders, with only enough clues to prove the killer was probably better educated than his victims, and clever enough to escape completely.

“The bridge is hollow, and you can go completely through it," Asbury said. "So one of the theories is Jack the Ripper never went over the bridge. He actually snuck into one of the service doors."

Recently, Asbury said his son snapped an eerie photo at the bridge. They later discovered a mysterious man in the picture at the bottom of the steps that was never there before.

“Could just be the ghost of Jack the Ripper,” Asbury said. “It is a shadow ghost, we just don't know what of.”