Special bond between grandma and officer a year after Hurricane Irma

A year ago, police came to Betty Helmuth's aid during Hurricane Irma, and a friendship was born. 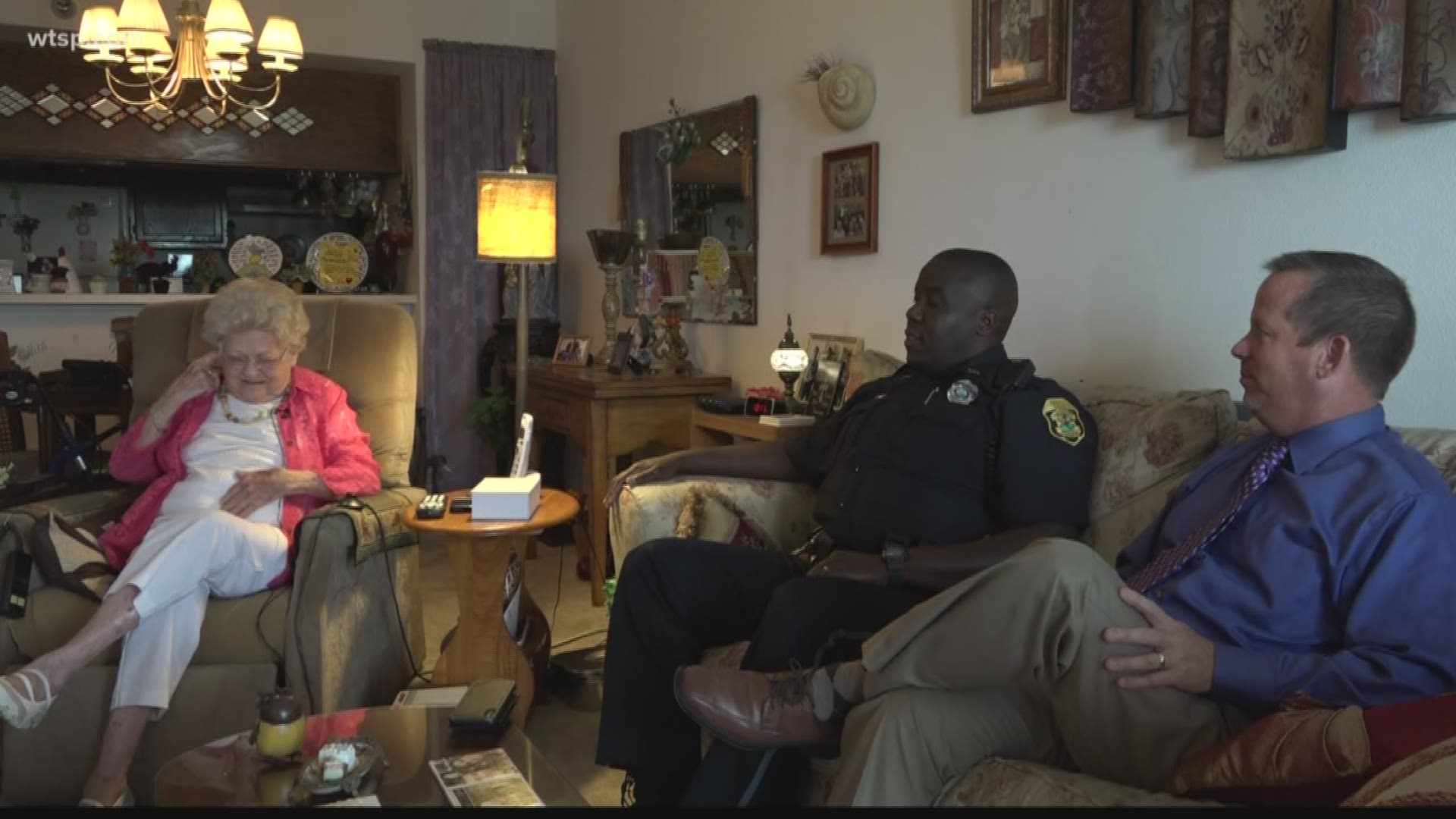 Betty Helmuth jokes about how suspicious it looks to have police officers show up at her front door so often.

“I might have a bad reputation,” she said with a chuckle.

The 95-year-old is indebted to the men in uniform she is happy to call friends.

“I could never ever have any better friends than I have right here,” she said. “And I mean that.”

Seated next to her on a couch was Officer James Frederick. He smiled as he listened to some of Helmuth's memorable stories.

“She’s got more spunk than me,” said Frederick. “She brings a lot of joy.”

The two met a little over a year ago after Helmuth's family sent an urgent message to the Clearwater Police Department. They lived in Houston and had just endured Hurricane Harvey. With Hurricane Irma expected to hit Tampa Bay, they asked for someone to take much-needed supplies to their grandmother.

Frederick, along with a few other CPD officers, delivered water and food to Helmuth. She was overcome with emotion and kissed each officer on the cheek.

For a year now, Frederick and Helmuth have kept in touch. There is a framed photo of him on her mantle. He even came to her 95th birthday party in July.

"It wouldn’t have been a party without them," she said.

“She was the belle of the ball,” explained Rob Shaw, who works behind the scenes with the police department.

The trio went out to lunch on Monday – the one-year anniversary of Irma hitting Tampa Bay – at her favorite spot, Applebee’s. She gave Frederick a sly look as he opened the door of his squad car for the ride to the restaurant.

“When you get this old, you’ve got to be spunky. You’d better be spunky or you ain’t gonna make it.”