The week-long camp, iCan Bike, was held at the University Area CDC. 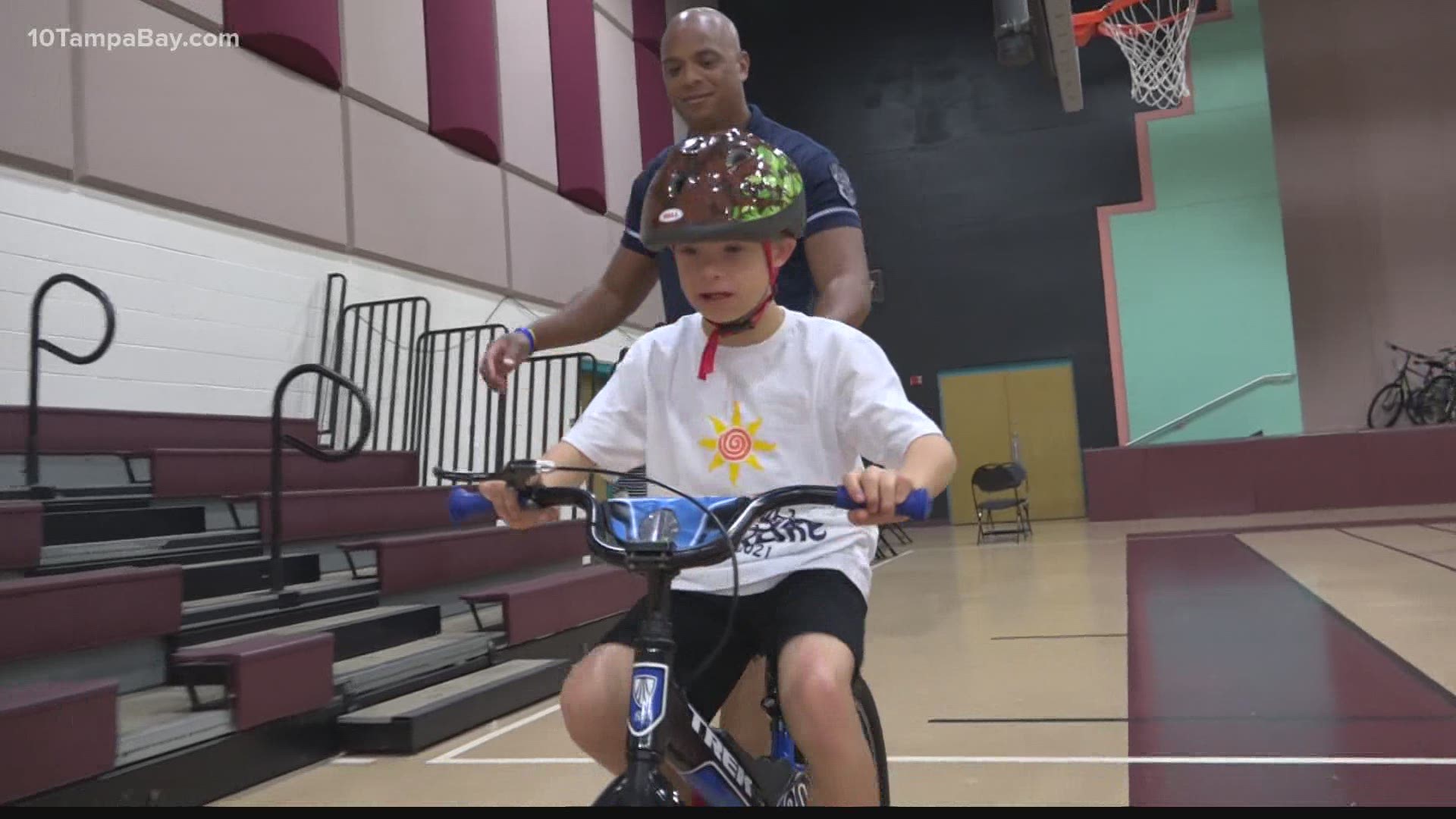 TAMPA, Fla. — Ron Girard sat and watched his grandson ride around the gym on a bicycle. It was something he’d never seen before this week.

Next to him, Kris Bensen couldn’t stop smiling for her son.

“I actually signed up last year and it was canceled due to COVID,” said Benson. “This is huge.”

Chase Benson beamed as he pedaled around the gymnasium at Area CDC in Tampa. It was the site of a week-long camp called iCan Bike. It was designed by Bike/Walk Tampa Bay and University Area CDC for people with disabilities to offer them a chance to ride – many, for the first time.

“To see them actually get on a bike and ride and stuff is just so awesome,” said UACDC C.F.O. Rob Zimprich.

“I think it’s more transformational for all of us and inspiration for all of us the fact that they can come in, have nerves, nerves are completely gone by Friday and they’re inspiring one another to bike,” said Eryka Vincent, who helped organize the event.

Chase, 10, has both Down Syndrome and autism. He had never ridden without training wheels before Monday. By Friday, he was zipping around the gym without much help.

That experience gave him newfound confidence.

Participants were given certificates and posed for photos at the conclusion of the iCan Bike camp. It is part of a larger organization called iCan Shine, which began in 2007. The Tampa camp organizers hope to double the size of the camp next year.