Celebrate National Coffee Day with a free cup of coffee and find out where the popular drink came from. 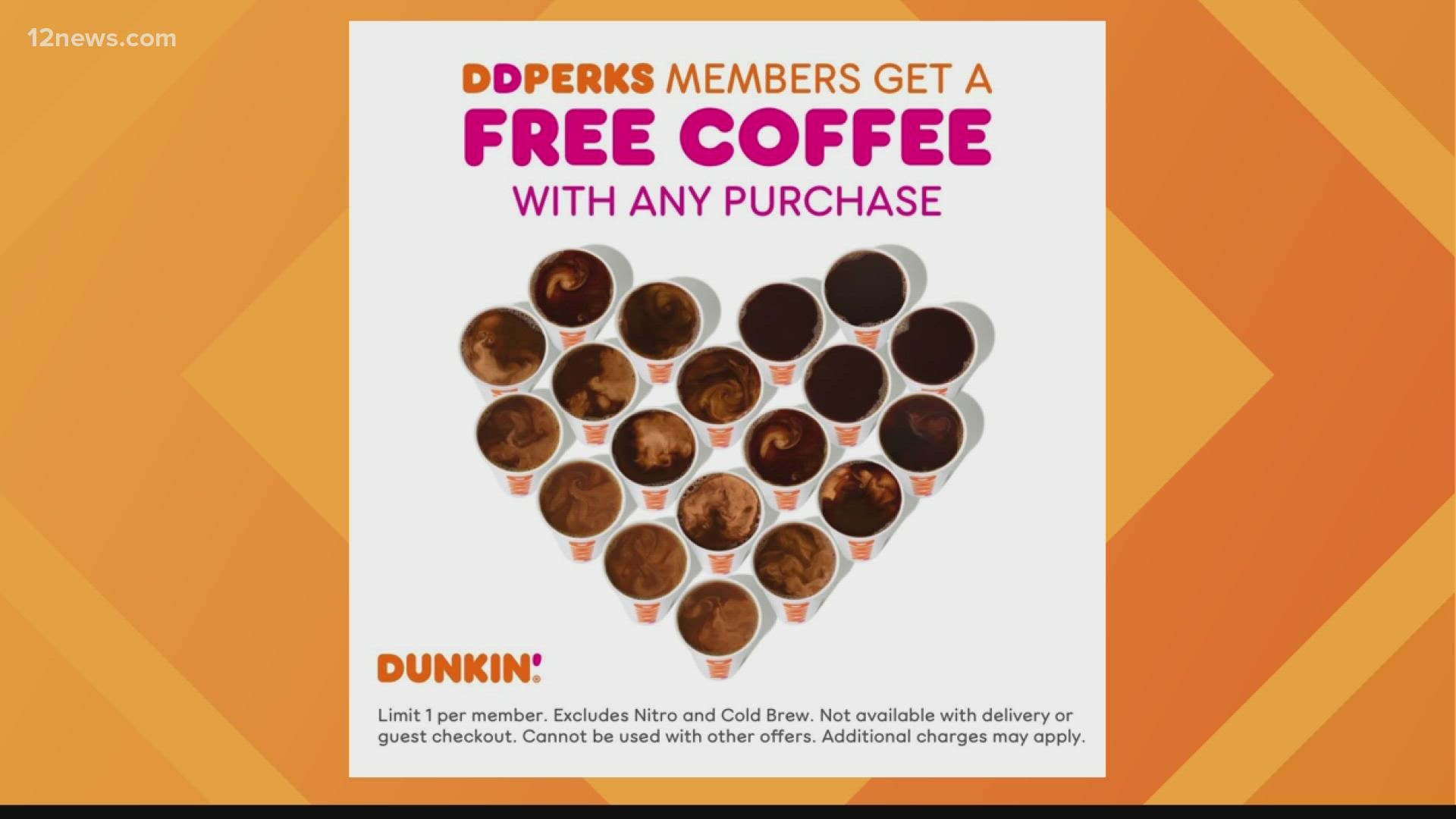 ARIZONA, USA — Wednesday is National Coffee Day and for many, java is life.

So much so, it's of the most traded commodities in the world, falling second to crude oil and derivatives, according to economicshelp.org.

Where to get free java Wednesday

Starbucks is giving away a free cup of coffee for National Cofee Day and to celebrate its 50th anniversary.

Fun fact: Phoenix has 114 Starbucks, according to ScrapeHero. Making it one of the top 10 cities with the most Starbucks locations.

Cheers to you, Dunkin’ lovers. Dunkin’ is celebrating the loyalty love for DD Perks members. ❤ this Tweet for a reminder about a special National Coffee Day deal on 9/29. pic.twitter.com/yzcvlyfo29

Three magic words for anyone with kids:

Stop by a cafe to sip for free all day long on #NationalCoffeeDay (9/29).

Did you know that Wednesday is National Coffee Day? Don’t forget to come see your favorite Baristas at BN Café and get a FREE tall coffee with the purchase of any baked good - offer valid on September 29th only! ☕️🍁#bncafe #nationalcoffeeday #booksandcoffee #freecoffee pic.twitter.com/BBCWvhdJba

Before coffee becomes a drink and even before it’s a bean, it’s a seed inside a red fruit that looks similar to a cherry. The coffee plant is native to southern Africa and tropical Asia.

Legend has it that coffee was found by goats and their herder, Kaldi, in Africa. The goats would lick the fruit and become noticeably energetic causing Kaldi to try the fruit which resulted in a similar effect.

Ultimately, he shared his news with those around him making a drink with the berries and the word began to spread.

The beverage transitioned from a mixed juice to a wine-like concoction then to the cup of joe we know now.