Valley concert industry insider hopeful shows will be back, better than ever after pandemic shutdowns

For five decades, Danny Zelisko has brought some of the biggest artists to the Valley and he is hopeful the concert industry will make a big comeback. 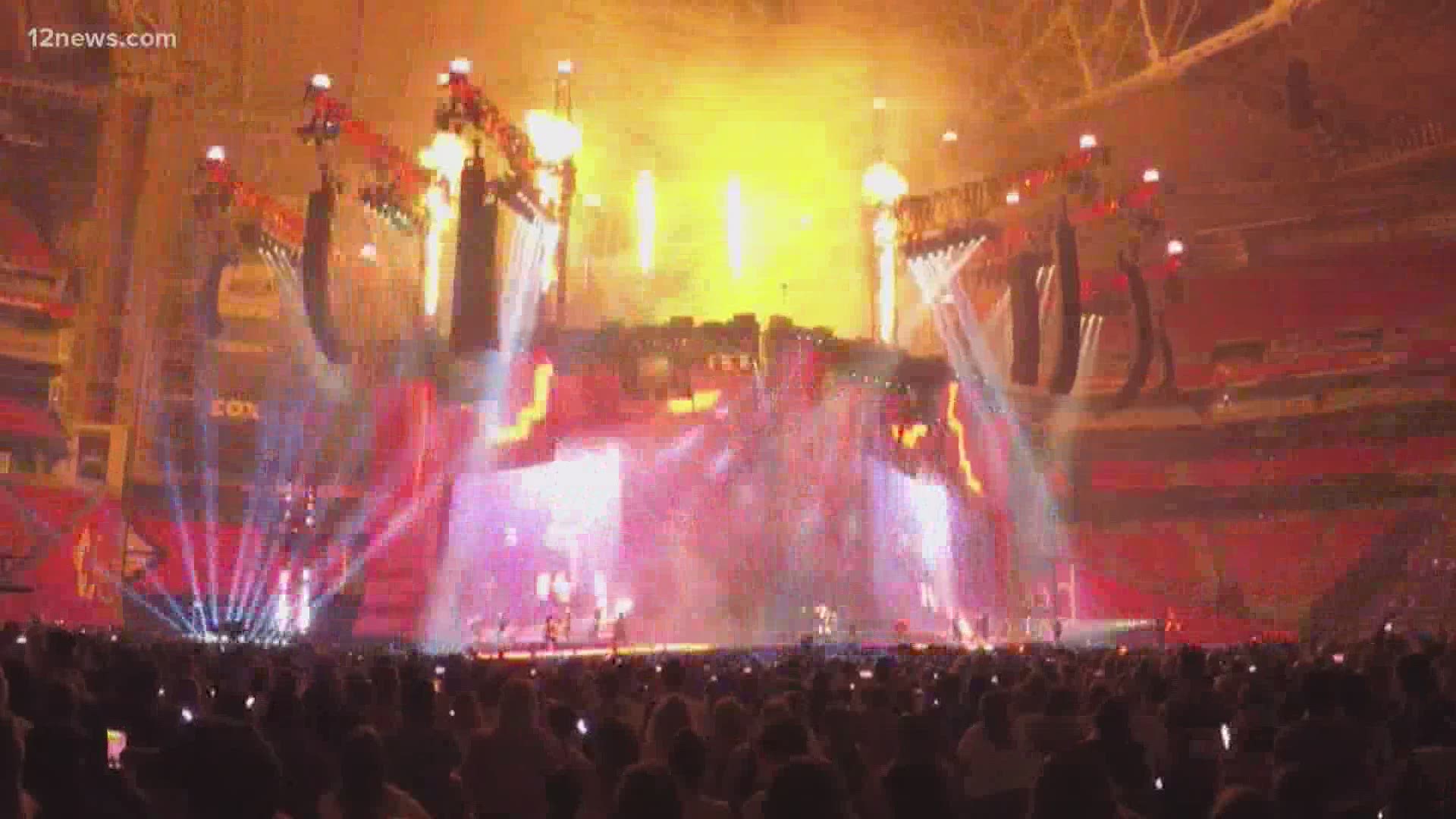 PHOENIX — Of all the industries that have struggled during the coronavirus pandemic, the concert industry was one of the hardest hit, after concert halls, arenas and stadiums were closed to large performances to slow the spread.

For five decades, Danny Zelisko has brought some of the biggest artists to the Valley. His resume of booked performers includes Billy Joel, ACDC, George Lopez, Grateful Dead, Jackson Browne, The Police, Sting and Queen.

Since 1974, Zelisko has promoted concerts In Arizona and around the country, but like millions of others the pandemic has hit hard.

“It didn't sink in at the end of February last year, but boy, I’ll tell you within the next week or so it really did. The more it came up and the more you heard about it,” Zelisko said.

“Until two nights later, we had John Fogerty playing here. It was six o’clock, everybody showing up and we had to pull the show. That was the day they decided that everything had to be shut down at six o’clock on a Sunday,” Zelisko said.

Last spring, the pandemic began to take hold in the state. Gov. Doug Ducey issued a stay-at-home order forcing most businesses, schools and other public spaces to close. It also discouraged large, crowded gatherings such as concerts.

“We’ve gone from billions to zero. No band can make money. Last year’s live gate was in the billions. Considering the industry and all the people in it that are affected by that,” Zelisko explained.

Even after the stay-at-home order was lifted and masked people began going to restaurants, movie theaters and gyms again, live performances were still quelled.

RELATED: Country Thunder in Arizona canceled for 2020, rescheduled for 2021

Some live performances moved to the web, others were done in outdoor venues, however many big concerts and festivals were rescheduled, such as Coachella, Country Thunder, and indoor arena gigs by The Eagles, The Weeknd and other artists.

The concert industry nationally is projected to have lost $30 billion due to canceled shows, according to a Forbes report.

Zelisko believes what was taken down by the pandemic will come back louder and more beautiful than ever.

“Theres a whole new fun level of appreciation that we're going to see when those shows come back, from artists, from stage to the audience and audience to the stage,” Zelisko said.