Local Navajo pianist revisits 9/11 tribute piece he composed on the piano, at age 12

“Kind of overcome with these strange emotions that I didn’t really understand, especially at 12, so I sort of tried to put it into music as a way to express it." 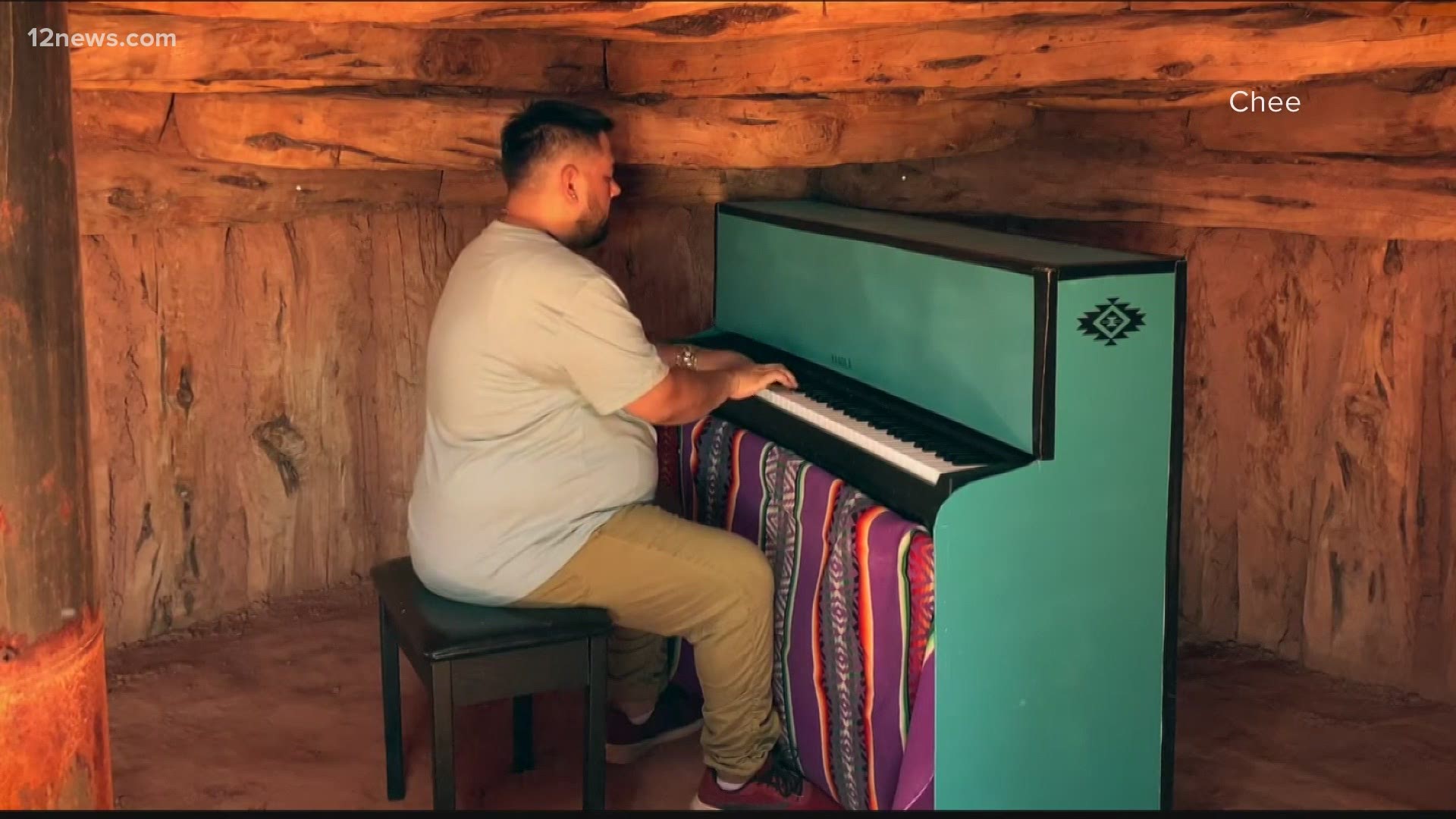 PHOENIX — Through the years that have followed the 9/11 terrorist attacks, Americans have used art in all kinds of ways to remember those who lost their lives.

A local Navajo composer who lives in Phoenix, turned to his piano that day, channeling the pain and uncertainty felt across the nation.

As news of the devastating 9/11 attacks trickled across America, it struck a chord in a then 12-year-old boy from Page, in far Northern Arizona.

Connor Chee turned to the keys to sort out what he was feeling after seeing so many lives lost.

“Kind of overcome with these strange emotions that I didn’t really understand, especially at 12, so I sort of tried to put it into music as a way to express it," Chee said.

His composition was a tribute to the men, women and children who lost their lives in the Sept. 11 attacks.

“Turned into a somber day and that’s kind of where the music went after that, after that kind of big opening it calmed down," Chee said.

A musical journal that followed the wave of emotions he felt inside of him and across the U.S.

“It sort of ends with a little bit of uncertainty because nobody really knew what was going to happen and I mean we still feel the effects of that today in how we conduct our lives and travel," he said.

Until today, nearly 20 years later, Connor said he hasn’t performed his 9/11 tribute since he performed it at Carnegie Hall. He’s classically trained on the piano and has composed many other pieces since then.

“Based on elements of Navajo music that I got from listening to my grandfather and recording him," Chee said.

In his musical career, Connor has found a lot of his inspiration from his Navajo heritage.

And when he looks back on the uncertainty of the past and the unknowns today, Connor hears a common tune of resilience.

“That is something we can count on ourselves to do through any kind of crisis, is to look inside ourselves and know that we’ve been through things in the past and we can overcome them again," he said.