'This is a mission, not a show' | Kanye West visits Harris County Jail ahead of Sunday's Lakewood appearance

Rap superstar Kanye West made a surprise appearance at the Harris County Jail on Friday. 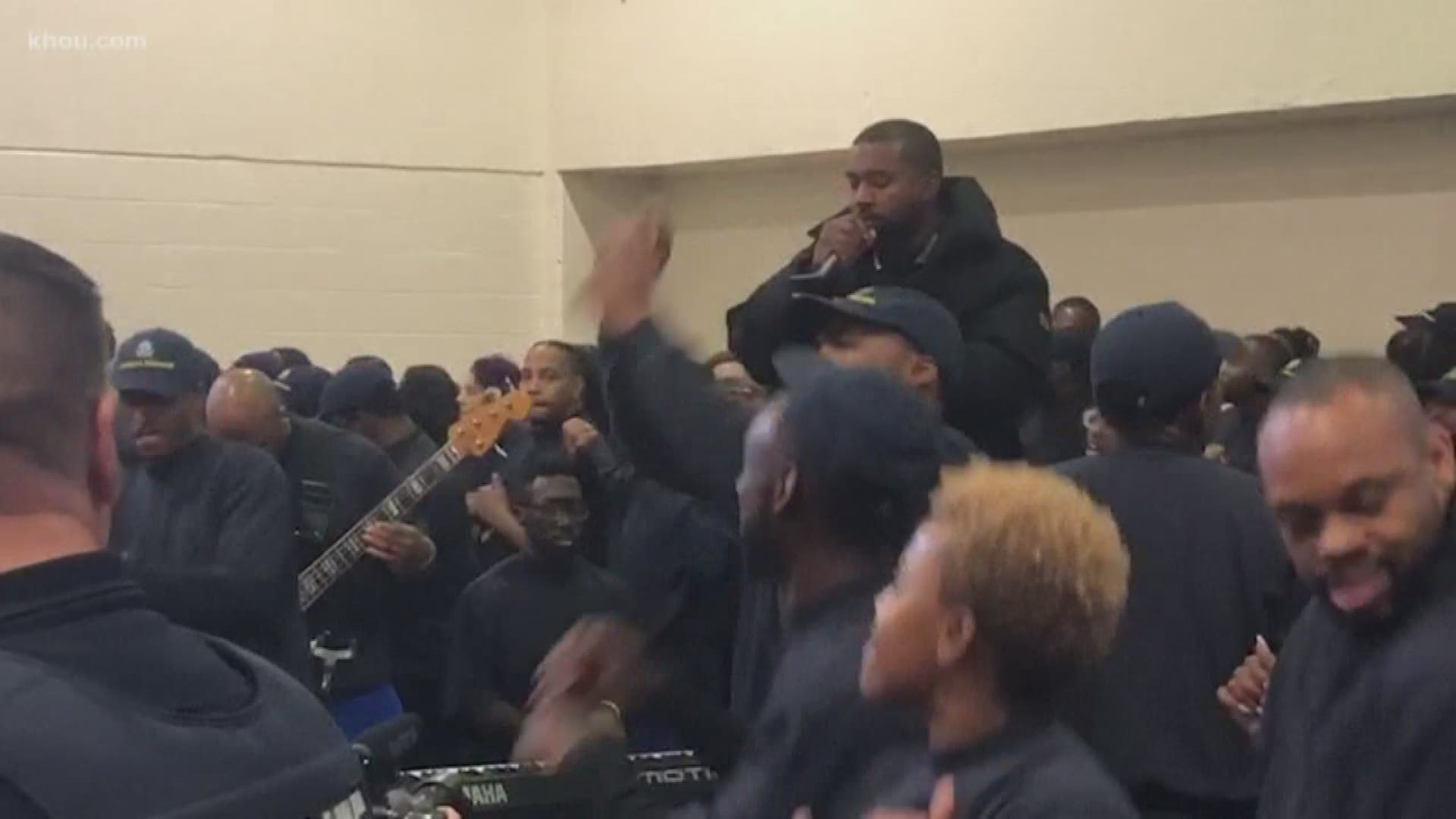 HOUSTON — Rap superstar Kanye West made a surprise appearance at the Harris County Jail on Friday.

Sheriff Ed Gonzalez tweeted about West's visit, saying, "On this date, @kanyewest visits @HCSOTexas jail system. 'This is a mission, not a show'- Kanye"

West is in Houston this weekend ahead of his appearance at Lakewood Church.

Lakewood Pastor Joel Osteen invited West to his church about two weeks ago. It was soon after the release of the rapper’s gospel album called “Jesus is King.”

Earlier this week the church told its members an “inspiring service” is planned with a “brief conversation” between Kanye and Joel.

RELATED: 'Sunday, I'll for sure be there' | Kanye West fans react to rapper's pending visit to Lakewood Church

Here are the details released by Lakewood on Thursday:

Time: 11:00AM CST | The 11:00AM service will include a conversation between Joel and Kanye about overcoming adversity and his faith journey. The service will be streamed Live on Facebook, YouTube, LakewoodChurch.com, the Lakewood Church App, and on SiriusXM’s Joel Osteen Radio channel 128 and on the SiriusXM app. The morning service and parking is free and open to the public.

This is a FREE event, but attendees must have an e-ticket. An e-ticket can be obtained through TicketMaster.com or the TicketMaster App beginning on Saturday, November 16. The evening Sunday Service will include musical performances with Kanye West and his choir. It will be streamed Live on Joel Osteen Facebook, YouTube, LakewoodChurch.com, the Lakewood Church App, sundayservice.com and on SiriusXM’s Joel Osteen Radio channel 128 and on the SiriusXM app.