Behind the scenes: How horses are trained to entertain at Medieval Times

The Andalusian stallions are the stars of the shows. They get their own wardrobe too. 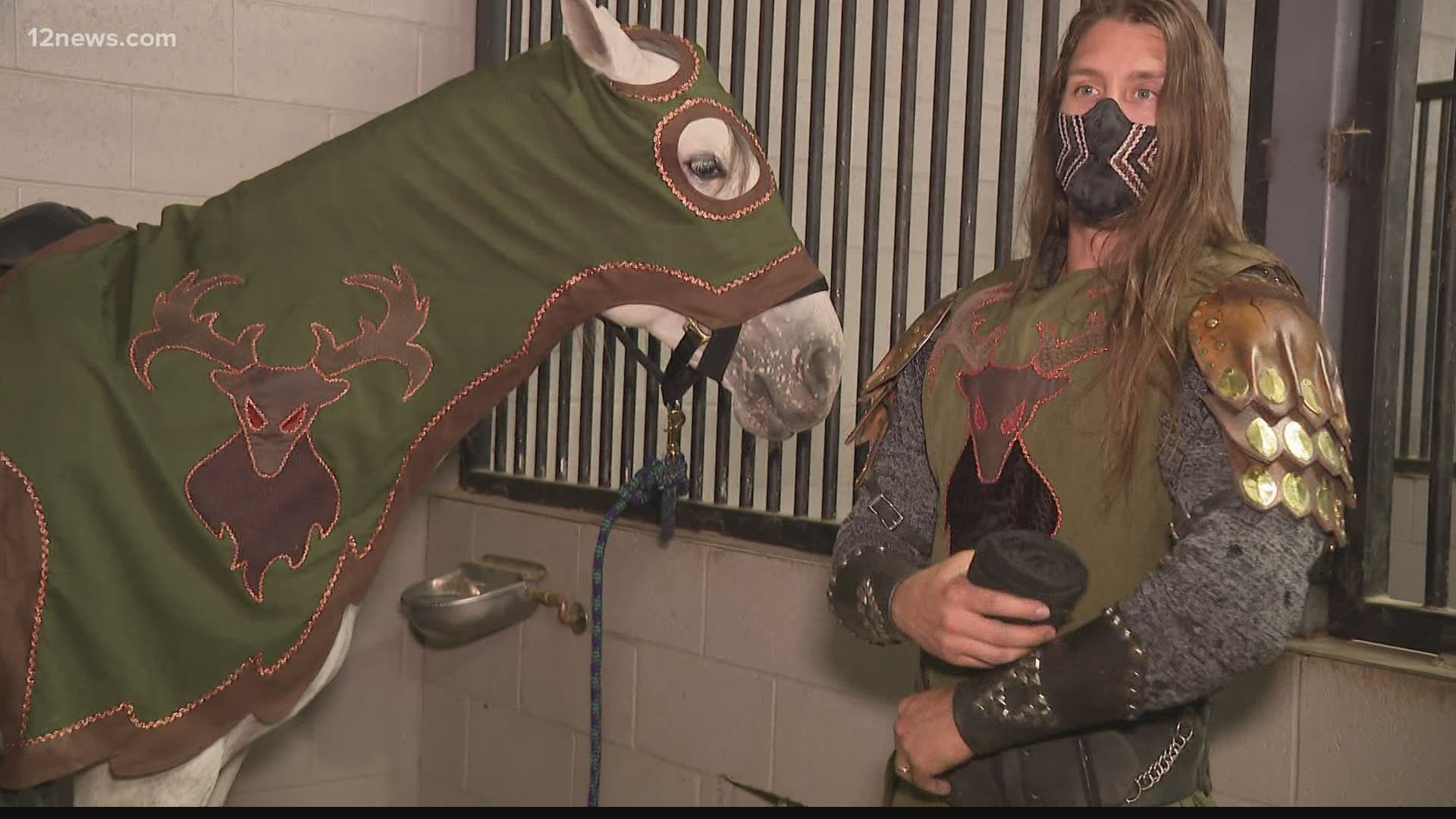 SCOTTSDALE, Ariz — They are as big of stars as the knights who ride them, but not just any horse can work at the Medieval Times in Scottsdale.

12 News got a behind-the-scenes look at the training the talented horses must go through before they can move into the limelight.

There’s a lot of magic that goes on behind the scenes, before the knights and their horses make their grand entrance into the arena, starting with wardrobe.

“A lot of pageantry,” said Sir Edward, head knight. “The second you walk into her majesty’s kingdom, the castle rather, you are completely immersed into our world.”

The Andalusian stallions are the stars of the shows. They get their own wardrobe, too.

Edward said the horses are athletes, so they have special wraps for their legs to support them as they do athletic maneuvers.

He said they breed a lot of their own Andalusian stallions, so when they arrive at the castle, they’re already used to humans.

“That gives a big benefit to the bond that gets developed,” he said.

“We believe that it’s healthy to have a good combination of work and play,” said Chelsea Jordan, assistant horse trainer. “Horses are so intelligent that we want to mix up their activities to keep their brains engaged. We want them to think that all the work we’re doing is playing … it is so much fun.”

Edward explained how the horses go through sensitization training:

“We want them to be able to see things that they might not be very comfortable with, guide them through helping themselves get over that fear, which explains why we can joust with them … why we can sword fight on horseback,” he said.

Edward said they’re able to accomplish great things with their stallions through consistency and patience.

“They’re taken care of better than most people take care of their own house pets,” he said. “To see them overcome things that they aren’t comfortable with at first and then see them take pride in that maneuver themselves is the greatest feeling in the world.”

The style of training each horse goes through is known as "dressage," which has ancient European origins. Sometimes it is referred to as "horse ballet." It’s a training style that plays off a horse's natural athletic ability and willingness to perform.

At the end of each two-hour show, the horses take a bow and get to enjoy some peppermints for their outstanding performance.