"The Rise" is a band of brothers, bound and determined to dance their hearts out all while spreading their message of hope, through hip hop. 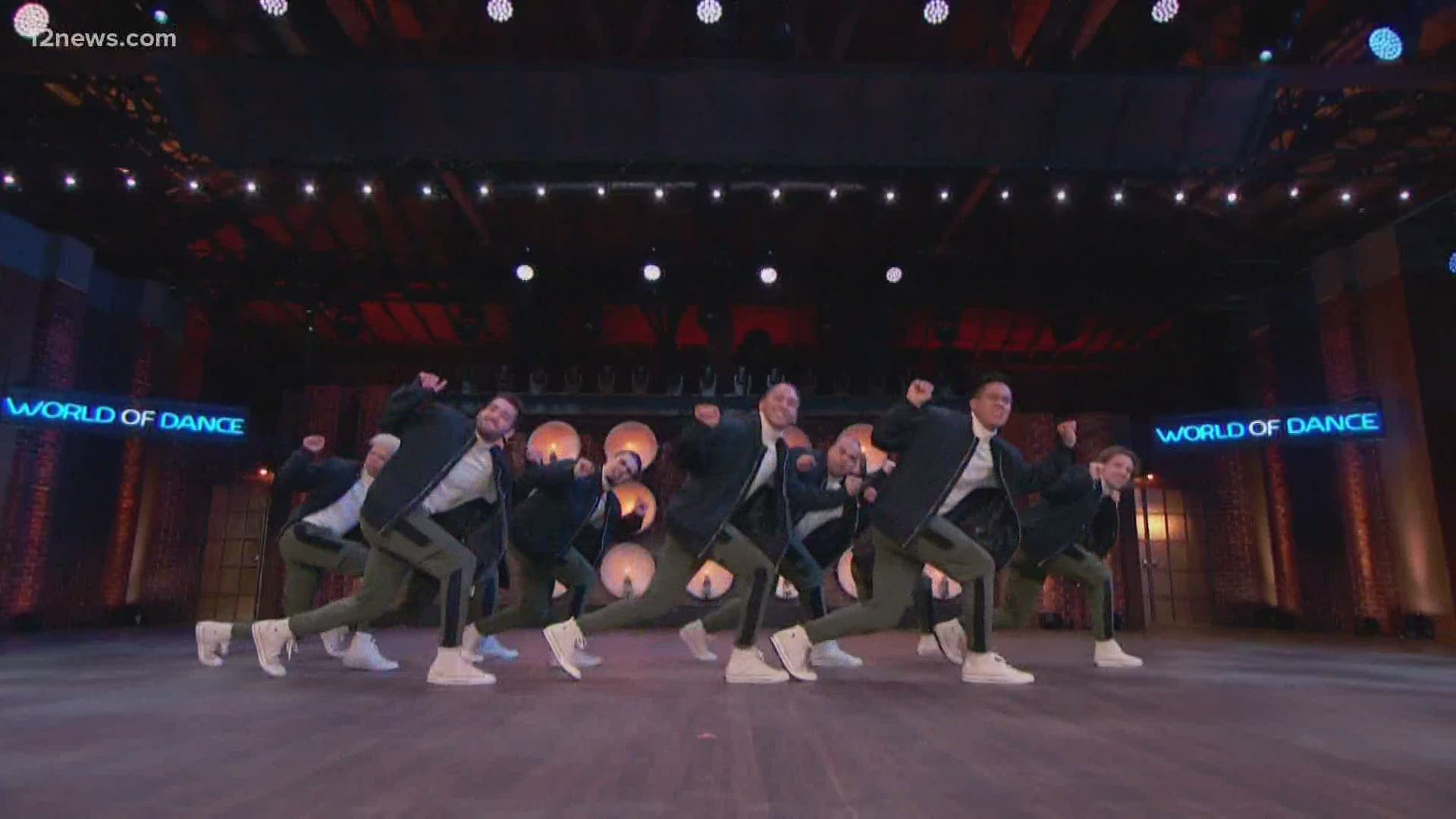 GILBERT, Ariz. — NBC's own World of Dance competition heats up with talented groups from all walks of life.

One squad from Gilbert is excited to take the stage in front of the world with an underlying goal of uplifting people amidst America's current state.

"The Rise" is a band of brothers bound and determined to dance their hearts out all while spreading their message of hope, through hip hop.

"It's crazy times and it's been crazy and it's a time where we just need something that can lift us up," Myson Dotson said.

Their plan is to communicate through dance. The Rise is rising over limitations.

Members like Dotson, Isaiah Aguiling-Hinton and Jalen Reyes join those hoping for peace and kindness throughout the Country.

"I think whatever we can do moving forward to push that message, we're going to look for opportunities to do that," Aguiling-Hinton said.

The team of nine wants to wow the judges, including JLo who's been posting along with so many about equality.

"We all have different backgrounds and different perspectives and stuff and it gives us a fresh way to approach choreography, competition, connecting with the other teams and I think we credit that to our diversity, which is really important to remember especially right that a group of people can be so different and still produce so much greatness," Reyes said.

The Gilbert group will give their all on the dance floor, fearlessly as they focus on the future of dancing, unity and the arts.

"Dance is one of those things that you can't help but smile and not feeling touched by, so watch World Of Dance and you'll be thankful it's a release just watch it and escape for a little bit," Myson said.

You can catch World of Dance every Tuesday only on NBC.