A year ago, Good learned she had Glioblastoma. The brain tumors are inoperable and complications have put her in a wheelchair. 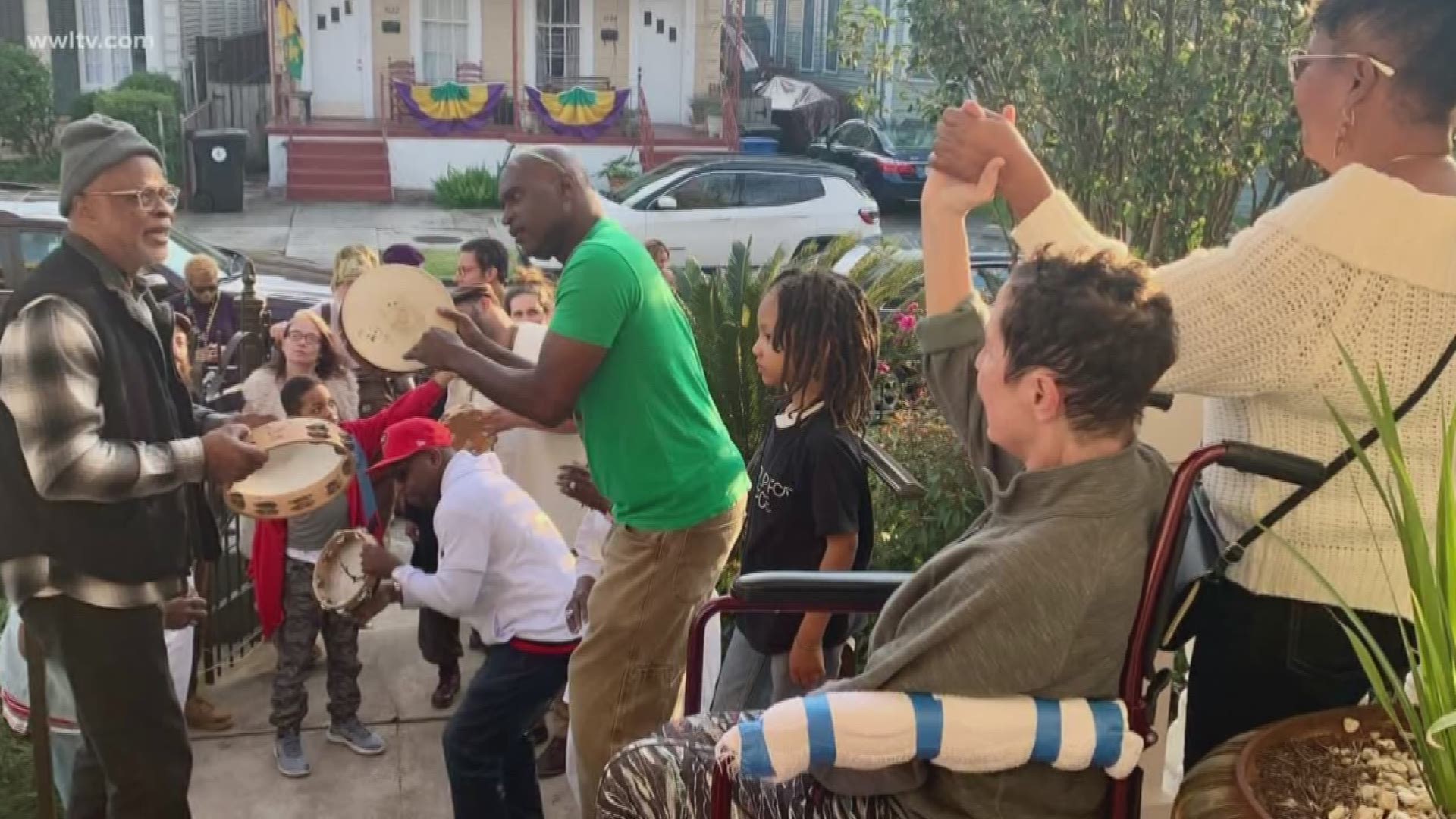 NEW ORLEANS — Mardi Gras Indians work all year long on the colorful, intricate suits they wear on Mardi Gras, but they took a break Sunday to show support to someone who has always supported them.

David Peters Montana comes from generations of Mardi Gras Indians. He's 'Big Chief' of Washitaw Nation and builds all of his suits. They're pictured on his walls; all photographs taken by Wendy Good.

"He is so photogenic and his voice comes through," Good said.

"She was just this little bouncing lady with curly, curly hair", Montana said.

He didn't know who she was until she gave him her photographs.

RELATED: Happy Mardi Gras! Here's what you need to know

"I had a stack of pictures of him," Good said.

It was an instant friendship. Since, she's been taking pictures and writing down their stories.

"About his family, about his sewing," Good said.

They've also given her pieces of their suits.

"We kind of welcomed her to our tribe," Montana said.

This year though, she can't document their work.

"Any other time she would be here taking pictures," Montana said while working on a crown in his home.

A year ago, Good learned she had Glioblastoma. The brain tumors are inoperable and complications have put her in a wheelchair.

"She's been sick so we thought we might do something for her," Montana said.

This weekend, Montana brought the Carnival Indians to her.

"I stopped this to go see my friend," he said.

The group sang to Good on her front porch.

"She's one of the greatest persons in my life," Montana said.

After being their biggest supporter, these Carnival Indians are proving she has a friend in them in return.

Just to add to Good's support, her daughter was supposed to get married in a few months, but since her cancer is terminal they decided to have a last minute wedding last week to make sure she would be there.

Text us: Got a great photo, video or news tip? Text it to us!

Has Carnival gotten too large, too dangerous?

► Get breaking news from your neighborhood delivered directly to you by downloading the new FREE WWL-TV News app now in the IOS App Store or Google Play.