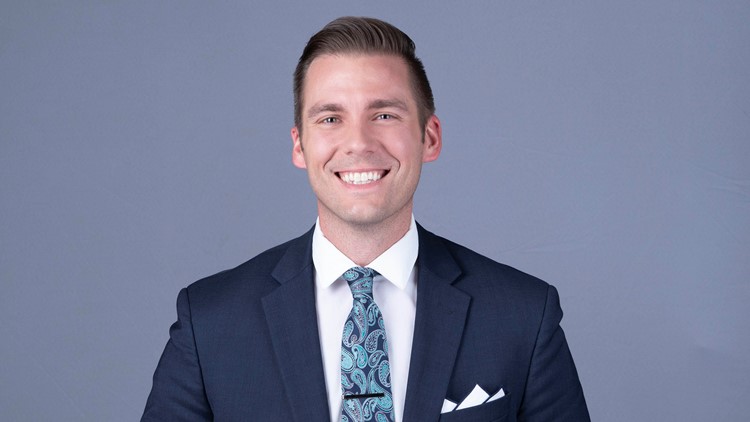 Photo by: 12 News
Paul Gerke is an anchor of Today in AZ.

Paul Gerke anchors Today in AZ and is the host of Cardinals Locker Room. He joined 12 News in July of 2017.

Paul joined 12 News from WFLA in Tampa, where he was a sports anchor and reporter, covering every major sporting event from the Daytona 500 to the Fiesta Bowl and the Stanley Cup Finals.

Gerke reported live from Rio de Janeiro, Brazil, for the 2016 Summer Olympics and the 2018 Winter Olympics in PyeongChang, South Korea. He’s covered several other high-profile sporting events, including the Daytona 500, the College Football National Championship, and the Stanley Cup Finals.

A Michigan native and Detroit sports fan, Paul is a graduate of the University of Michigan-Flint, where he earned his B.A. in Mass Communication/Media Studies. He is member of the National Academy of Television Arts & Sciences.

When he’s not in the studio, Paul enjoys caffeinated beverages, craft beer, cloudy days and philosophy. The oldest of four siblings, Paul got his start in TV at the tender age of 14.