Krystle Henderson is a Meteorologist for 12 News. 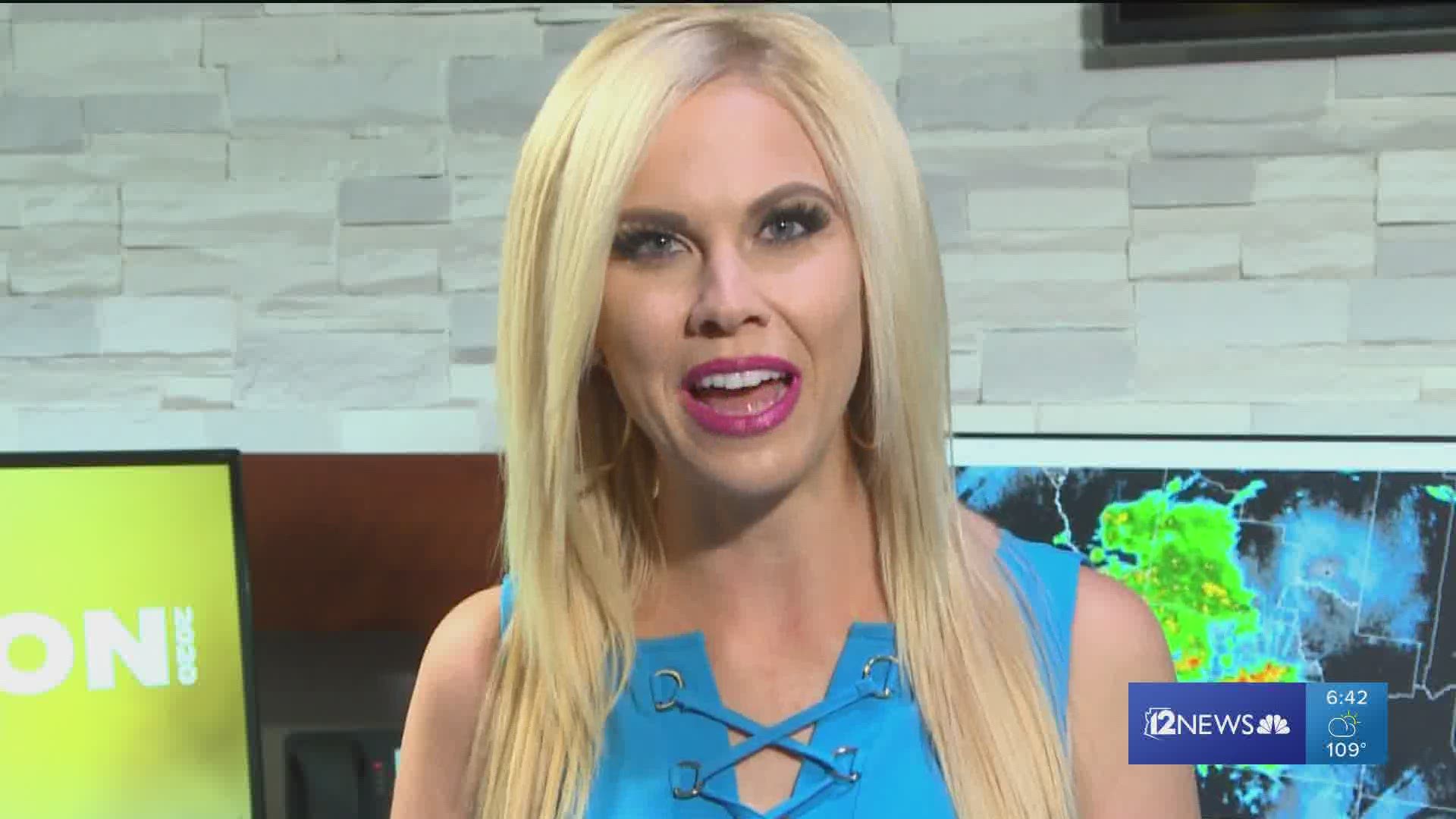 Krystle Henderson is an Emmy award-winning meteorologist, reporter and multimedia journalist for 12 News. She’s part of the Today in AZ team, leading weather coverage, alongside  Rachel McNeill. She also provides viewers with the Forecast 411 weekdays on 12 @ 12, 12 News’ multi-platform noon show with 12 minutes of uninterrupted content. Krystle joined Team 12 in September 2013.

Krystle’s career began in Medford, Oregon, where she worked at KTVL News 10, the CBS affiliate, for four years as the weekend news and weather anchor and weekday reporter, covering southern Oregon and northern California. While at KTVL, Krystle received an Associated Press Award for Best Weathercast and another for Best Continuing Coverage. She also hosted a series called Medford’s Most Wanted.

Krystle fell in love with weather while finishing up her degree at ASU. She did weathercasts for Cronkite Newswatch and wanted to learn more about the science behind it, so she continued her education at Mississippi State University, earning a Bachelor of Science and Certificate in Broadcast Meteorology.

Krystle has served on the NATAS Rocky Mountain Emmy Board of Governors since 2018. She was motivated to join after hosting the Student Production Awards in 2017. On the board, she serves on the education committee helping mentor young journalists.

Krystle was born in Chandler and grew up in Gilbert, and it has always been her dream to be part of the 12 News team.

Krystle volunteers to help at a variety of events each year centered around animals and students.

Send her your story ideas or weather photos at khenderson1@12news.com.