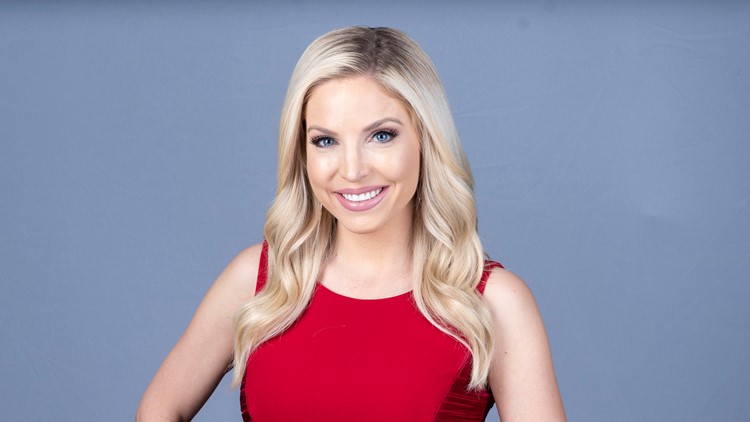 Kristen Keogh is a weather anchor, sports host, and entertainment reporter for 12 News. She currently serves as a host on two 12 Sports programs, Cardinals Locker Room and Phoenix Rising Soccer Sunday. She joined 12 News in June 2017.

A two-time Emmy Award-winner, Kristen was recognized with a 2018 Rocky Mountain Emmy for Best Sports Show for Cardinals Locker Room. She also won an Emmy while working ABC10 News in San Diego.

A graduate of Arizona State University’s Walter Cronkite School of Journalism and Mass Communication, Kristen went on to study meteorology at Mississippi State University. She started her career as a sports reporter and news anchor for ABC22 in Dayton, Ohio. She later served as a weather anchor for ABC10 News in San Diego and at Fox 10 in Phoenix.

Over the course of her career, Kristen has covered a wide range of stories including the Yarnell Fire, VA deaths investigation, and Jodi Arias trial. She also reported live from the red carpet for the 2019 Oscars.

In 2015, Keogh worked as a press secretary for Arizona Attorney General Mark Brnovich.

A huge Valley sports fan, Kristen can also be seen serving as the arena host for the Arizona Coyotes NHL team; earlier in her career, she was also on the entertainment teams for the Coyotes and Arizona Diamondbacks.

Born and raised in Arizona, Kristen grew up on a dirt road on the outskirts of Surprise.

• Kristen’s greatest passion is getting outside and exploring Arizona. When she’s not working, you can find her hiking, camping, rock climbing and enjoying everything Arizona has to offer outdoors.

• Kristen has a dog named ‘Ace’, like a baseball team’s ‘ace pitcher’.