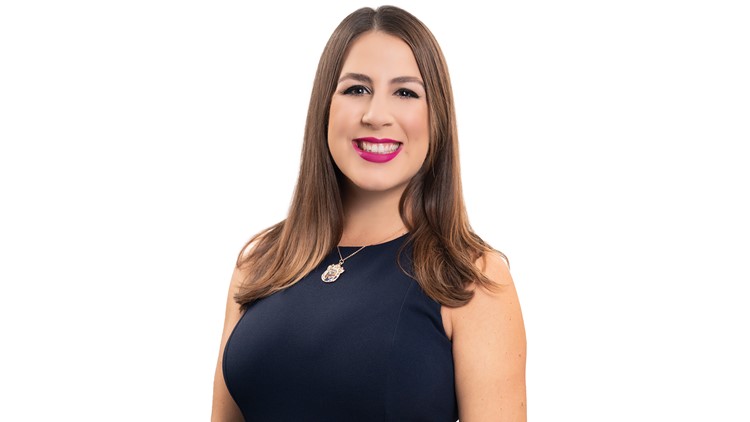 Erica Stapleton is a reporter and multi-skilled journalist for 12 News. She joined Team 12 in October, 2019.

Stapleton joined Team 12 from TEGNA sister station, WFMY, News 2 in Greensboro, NC, where she reported for three and a half years. During her tenure at WFMY, she covered a range of high-profile stories, including Hurricanes Matthew, Florence, and Michael, House Bill 2, North Carolina’s controversial bathroom law, and Reverend Billy Graham’s funeral, which was attended by President Trump and Vice President Pence. She also shot, wrote, and edited the documentary, ‘A Night Near Death’ tracking overdose calls overnight in an ambulance, that was turned into a multi-platform half hour special.

Earlier in her career, Stapleton served as a reporter and weekend anchor at WABI TV 5, the CBS/CW affiliate, in Bangor, Maine.

Erica is a graduate of Boston University’s College of Communications, earning her degree in Broadcast Journalism with a concentration in Political Science.

Erica enjoys hiking, kickboxing, cooking and even brews her own kombucha!