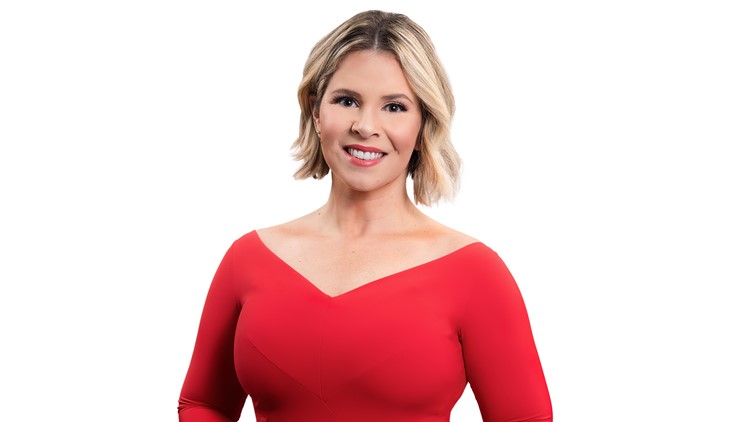 Emma Jade is a contributing anchor to Today in AZ. She has been a member of Team 12 since December 2010. Emma is a six-time Emmy Award winner, including most recently winning Best Morning Newscast for Today in AZ.

She began her career in the city that never sleeps, New York, as an associate producer at ABC News’ Primetime. From there, she flew across the globe with NBC Universal to cover the 2008 Beijing Olympic Games, later earning her first Emmy Award for the coverage. From Beijing to Idaho, Emma began working as an anchor and reporter at KIFI, the ABC affiliate in Idaho Falls. In 2010, she was asked to join the NBC team again for the Vancouver Winter Olympics. After two years of freezing temperatures in Idaho Falls, she married the love of her life and moved to the Valley of the Sun to join 12 News.

Emma has covered stories ranging from the Wallow fire in 2011 to the London Olympic games in 2012. She also spent a month behind the scenes at The Today Show, working alongside Savannah Guthrie, Al Roker and Hoda Kotb.

Outside of work, Emma enjoys spending as much time with her husband and children as possible, going on adventures across Arizona, including trips to local museums and hiking in the desert. She also loves to paint, drink Diet Coke and sleep… in that order.

Emma is a proud mama to Eli, Beverly and Eden. She’s always trying to find new restaurants or places to take the kids so send your recommendations here: ejade@12news.com.