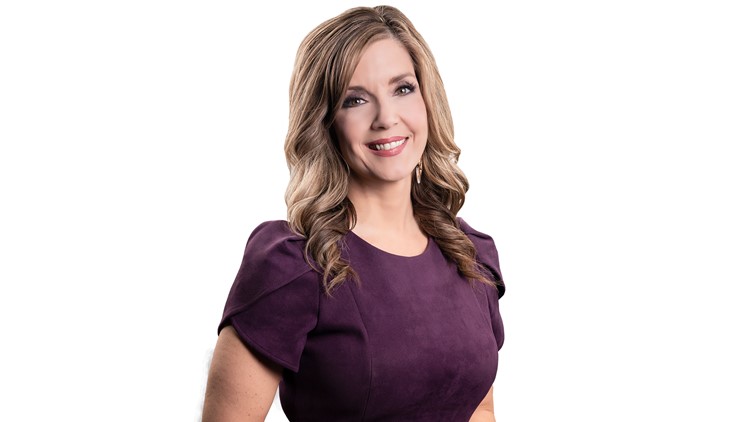 Destry Jetton is the host and executive producer of Arizona Midday. She is an Arizona native who loves our state. She graduated from Tempe High School (Go Buffaloes!!) and went to Arizona State University (Go Devils!!).

Destry started her broadcasting career interning in the 12 News newsroom. Her first job was in St. Joseph, Missouri where she was the 10pm anchor and focused on stories about education. She has covered everything in Missouri from record breaking snowstorms to chasing an ostrich on the loose!

After St. Joseph, Destry went to Waco, Texas where she covered the Presidential Race, tornadoes, The Davidian Compound and other big stories in the area.

Most recently, she worked in Tucson, Arizona as the morning show anchor. While in Tucson Destry reported on many breaking stories like the September 11th terrorist attacks, the University of Arizona shooting, and sadly, many AZ wildfires.

Currently on Arizona Midday, Destry has interviewed dozens of stars from Jessica Lange to Zac Efron. During the 2015 Super Bowl in Glendale, Destry and her AZ Midday team took the show live on location at Super Bowl Central in Downtown Phoenix. On a regular day, Destry cooks with the Valley’s top chefs, shares the coolest crafts with the viewers at home and gets the community’s advice for a range of topics from home décor to business news.

Destry’s family is what is most important to her. She has a twin sister, a younger sister and 3 brothers. She also has two children of her own - Hayden and Blythe. Destry has been married to her high school sweetheart, Terry, for 25 years.