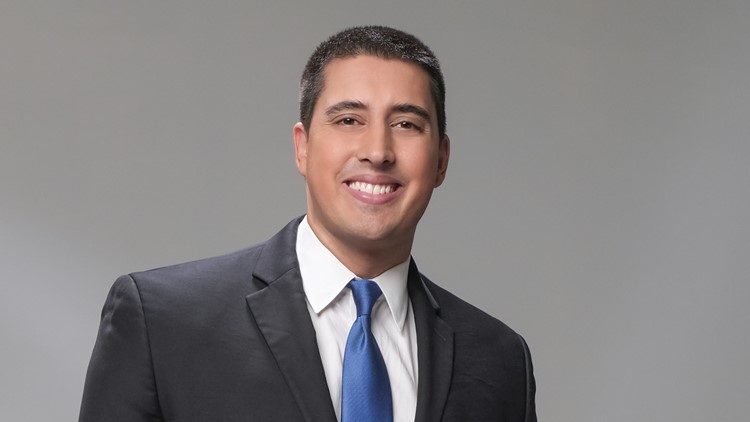 Cameron Cox is an Emmy award-winning sports anchor and reporter for 12 News, whose passion is storytelling. He joined the team in November of 2014.

He began his broadcasting career as the weekend sports anchor KNOE-TV in Monroe, Louisiana, covering Louisiana Tech, Louisiana-Monroe, Grambling, LSU and the Saints.

Cameron attended Eastern New Mexico University in Portales, New Mexico, where he was a student-athlete (Football). He quickly learned how to use his own on-the-field experiences to enhance his journalism.

While majoring in Broadcast Journalism, Cameron worked full-time for KENW and KSEL as their lead sports anchor and play-by-play broadcaster. He also hosted Portales’ first sports talk radio show “Game On!”, and was the voice of the Portales Rams.

Cameron is original from Houston, Texas, and is a proud graduate of Atascocita High School in Humble.

When he’s not working, Cameron enjoys working out, anything outdoors, reading history books, trying to improve his golf game, collecting movies, spend time with his family and watch sports (shocking).

If you have a story idea, send it to ctcox@12news.com.